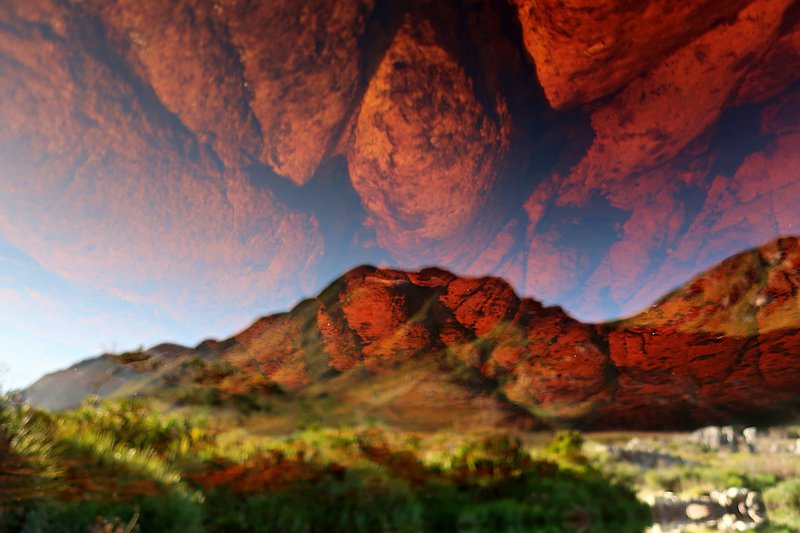 'Seeing comes before words, says John Berger. 'The child looks and recognizes before it can speak.' 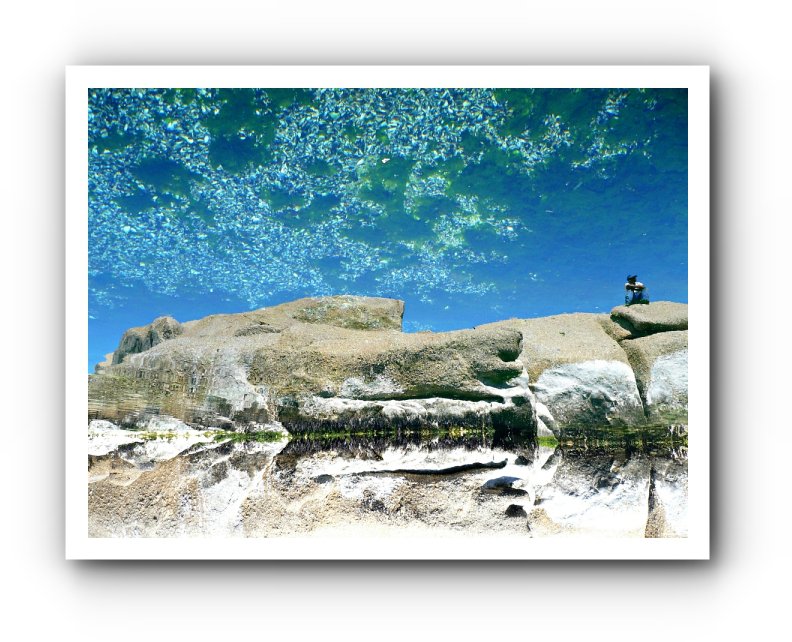 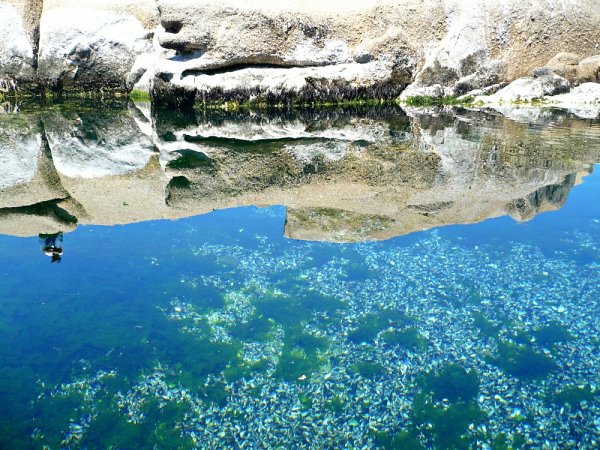 On subsequent seaside and mountain walks I began playing, and once home flipping the results. By turning some of the Cape's less visible biodiversity into the firmament, I noticed the floors of inter-tidal zones or streams now came into an unusually stronger focus; the water surface reflected landscapes, sometimes architecture and living beings.

As a guide on local mountains I often feel bound to mention the celebrated biological richness of the region to hiking companions - who are often visitors to the Cape. The trouble is, the more I try to ‘get’ biodiversity, the trickier I find it to define, without trotting out usual dictionary or text-bookish axioms about it being "the variety of plant and animal life in the world or in a particular habitat, a high level of which is usually considered to be important and desirable."

So, where words failed me, these photos are a personal reflection of all that.

On still days, when lying at strange angles, on wet and uneven surfaces, I can no more ask permission to shoot the subject of a photograph, than a hunter can of his or her prey. 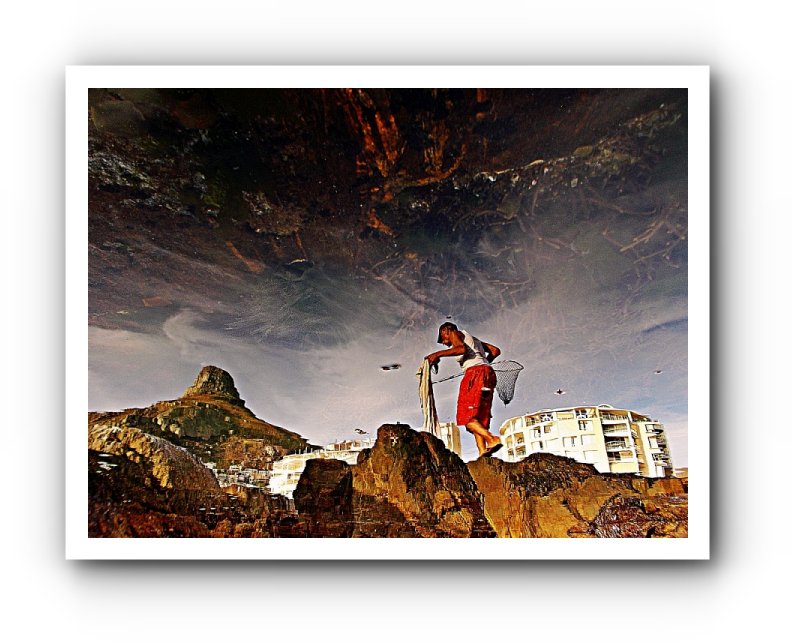 That I have ended up photographing reflections of people on the rocks of Cape Town's littorals and mountains has evolved through personal traits, like my aversion to posed photos. Also it's an interest in water, its moods and sensations. And the ancient pull o' the hunt. 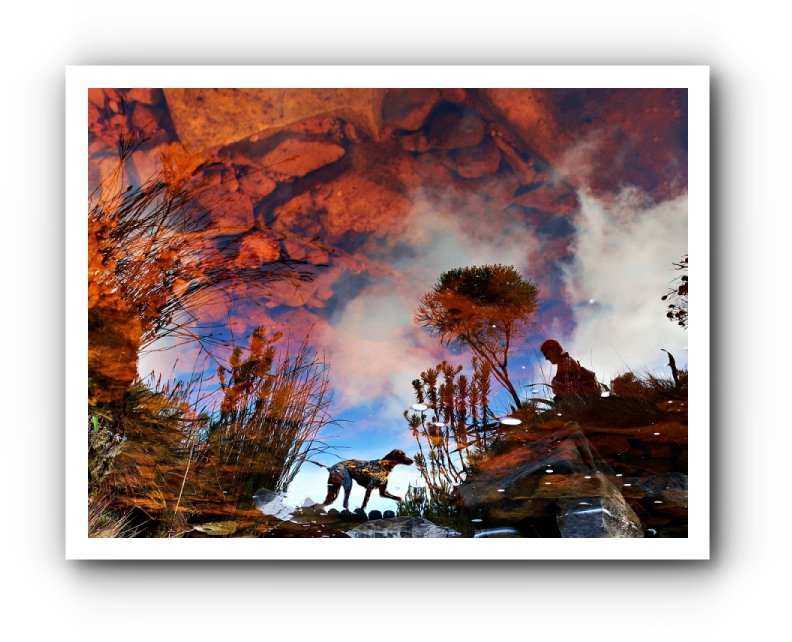 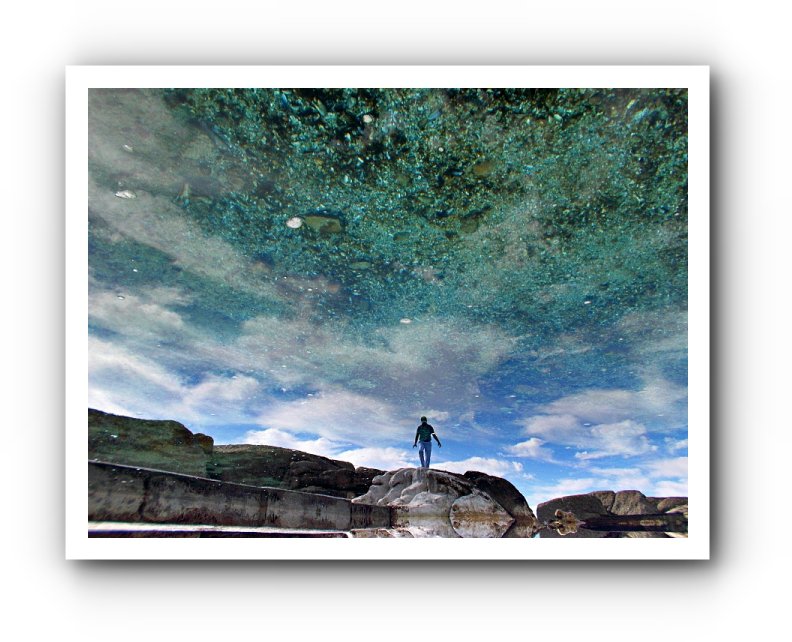 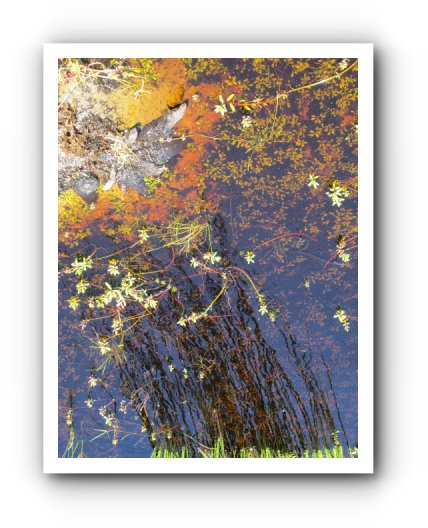 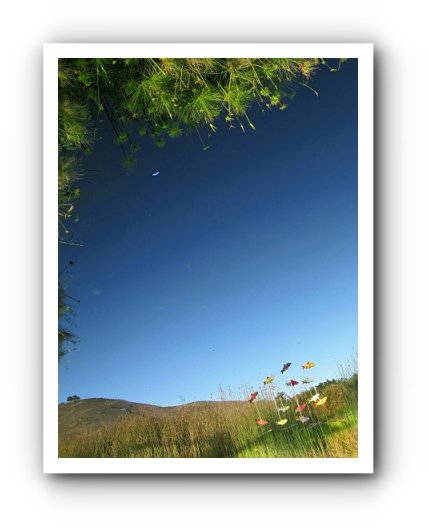 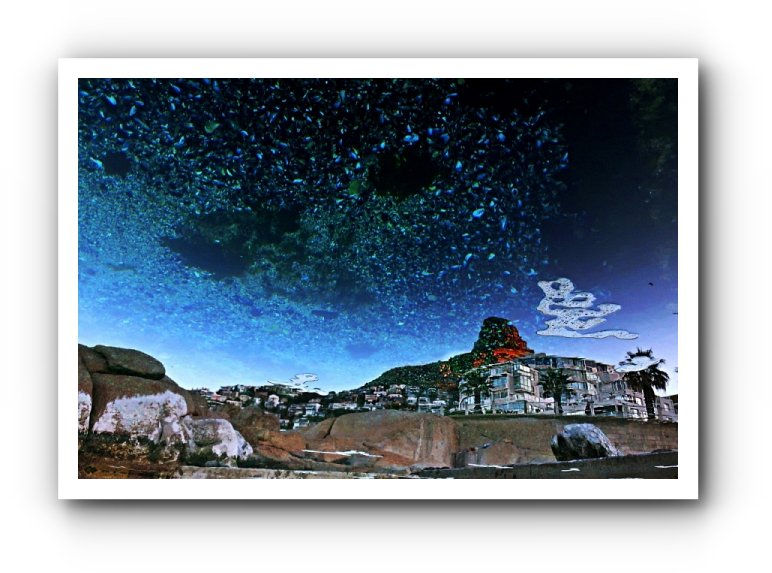 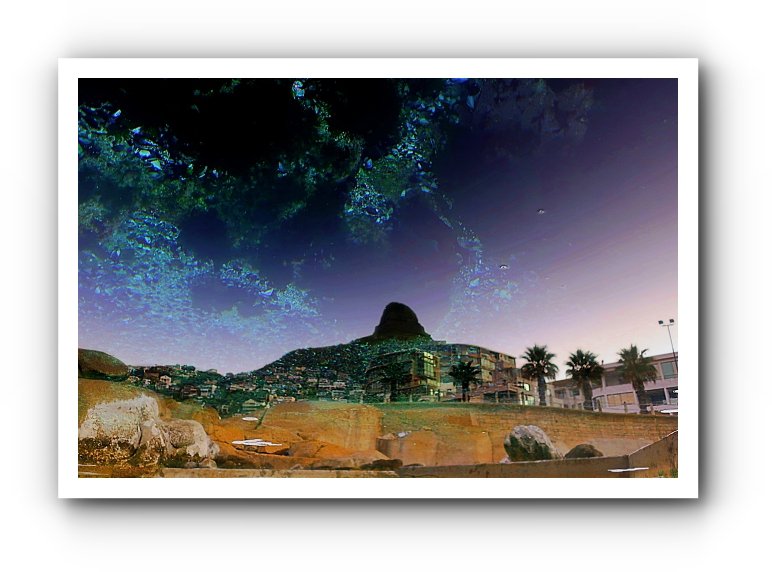 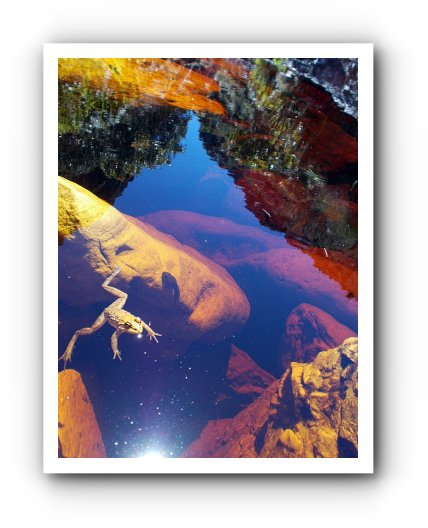 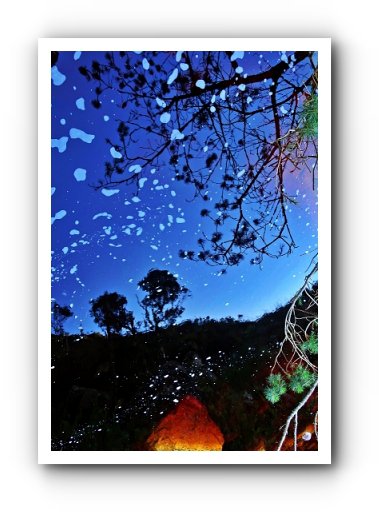 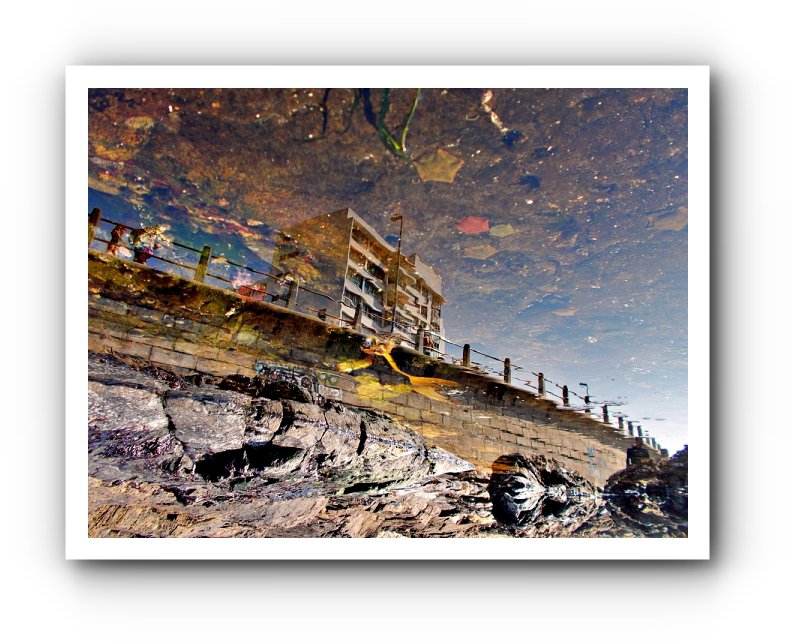 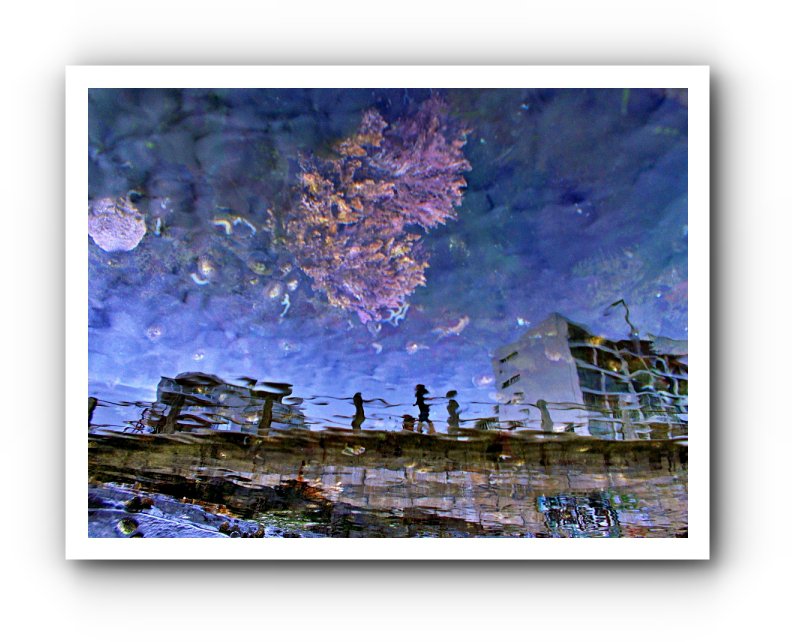 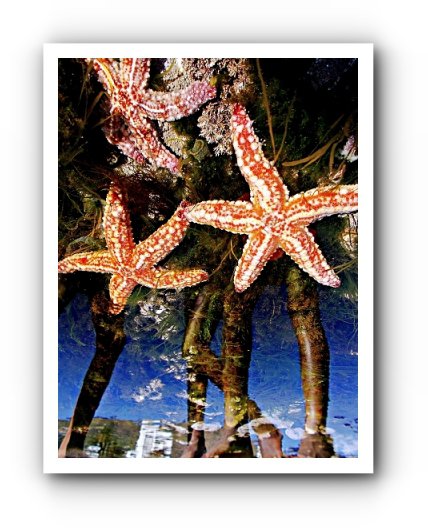 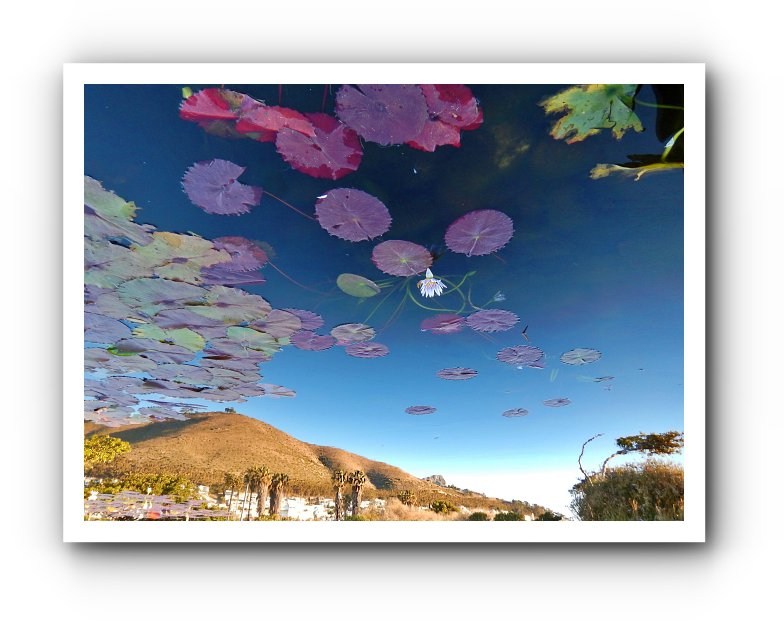 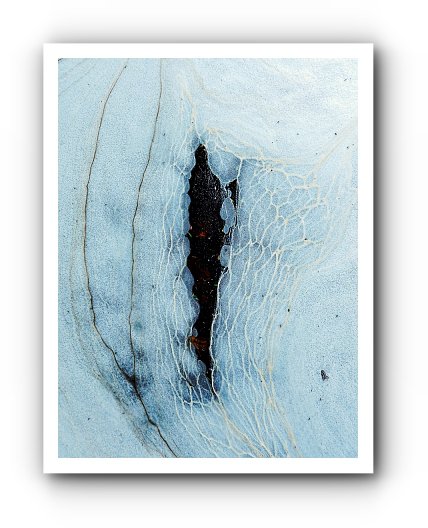 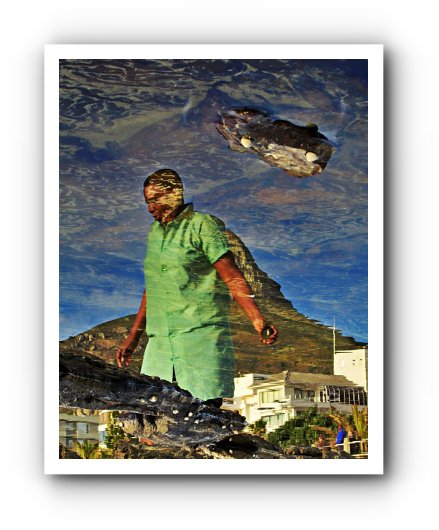 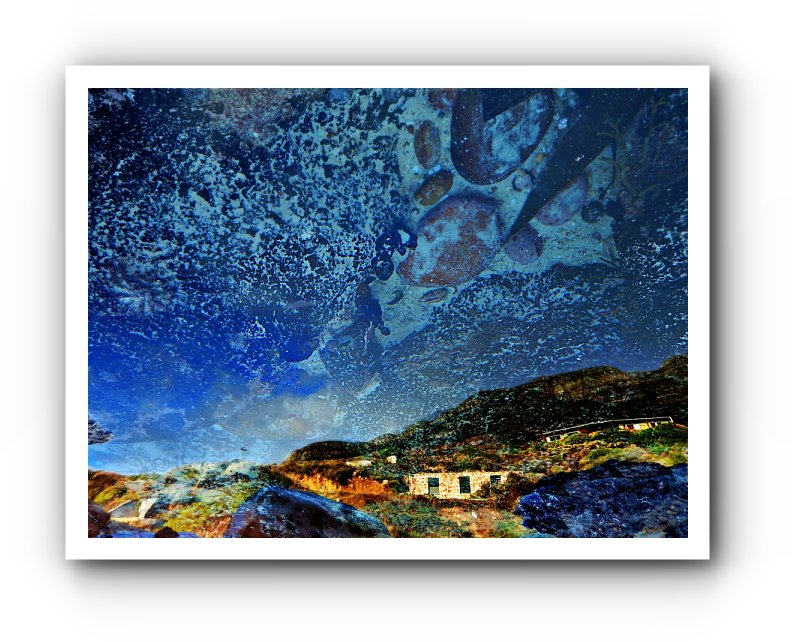 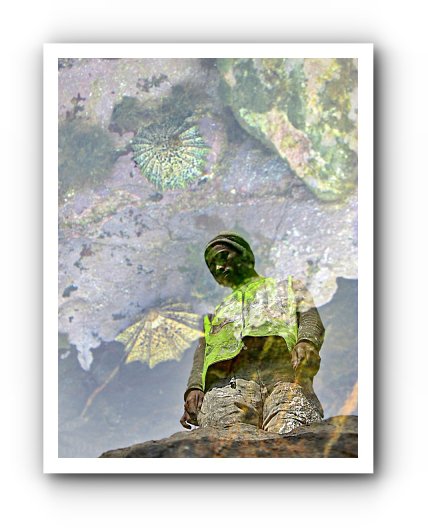 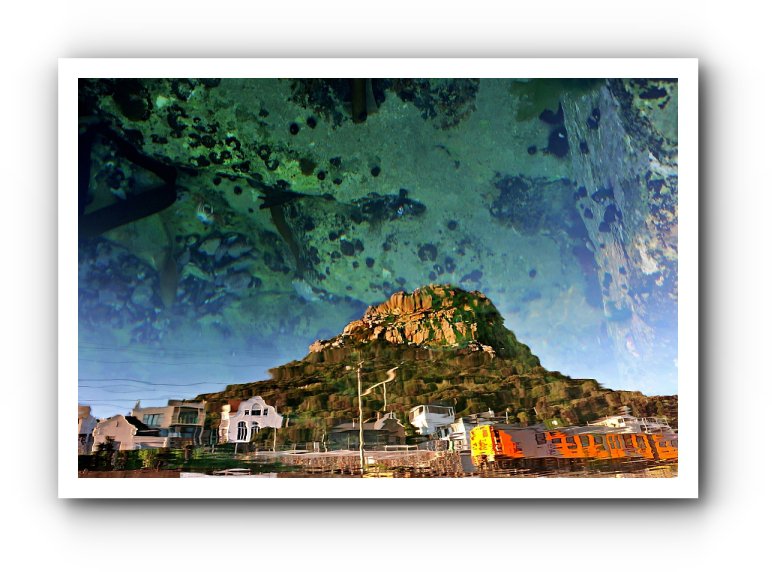 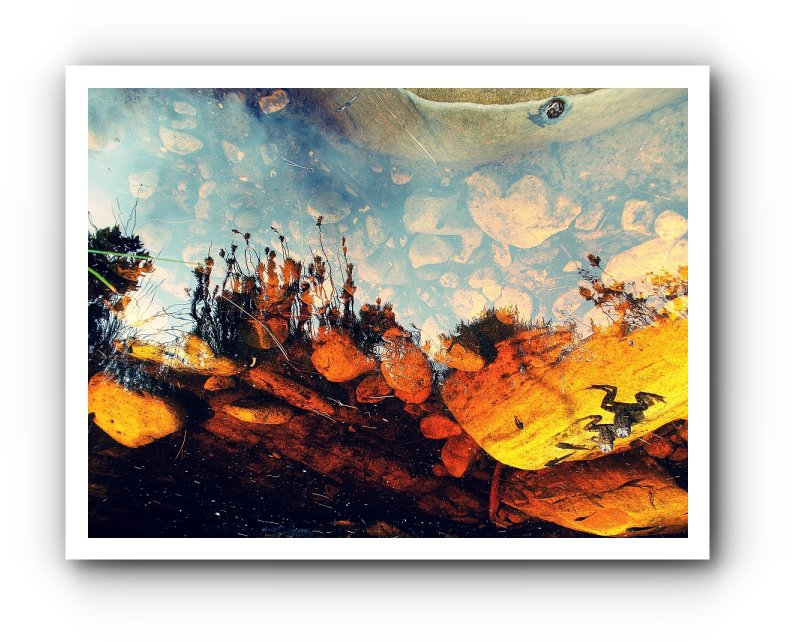 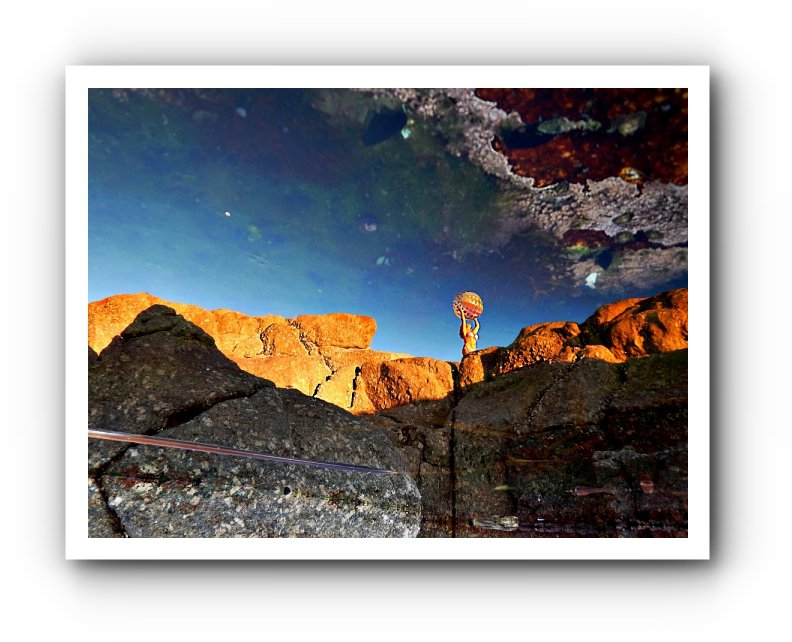 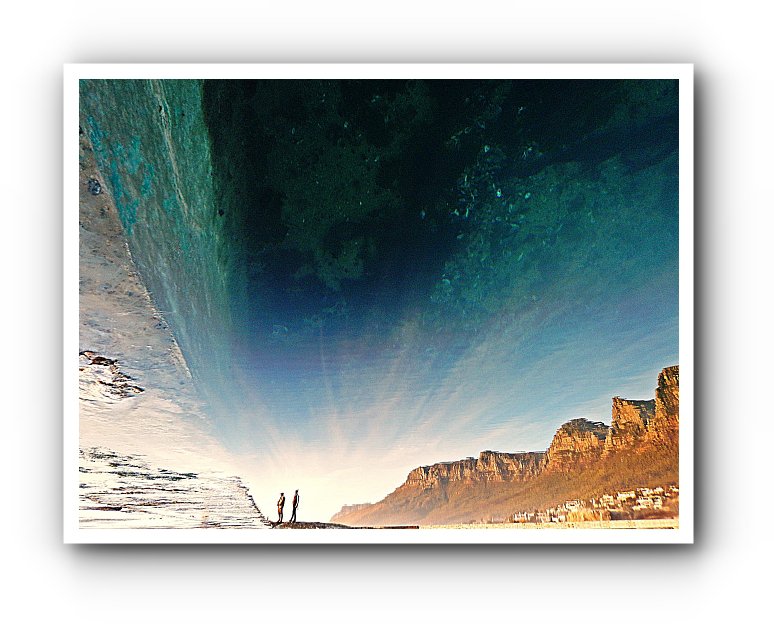 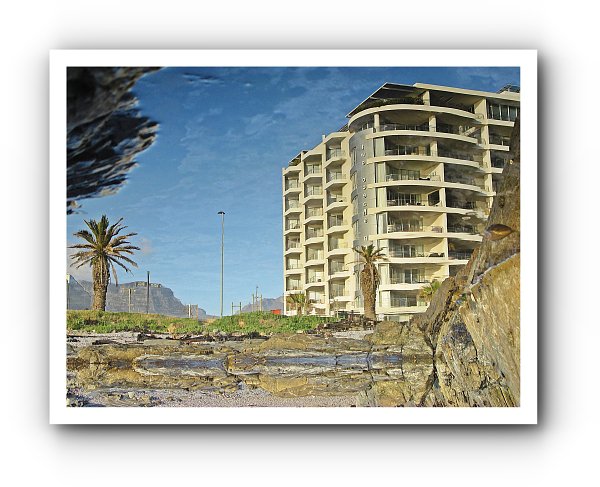 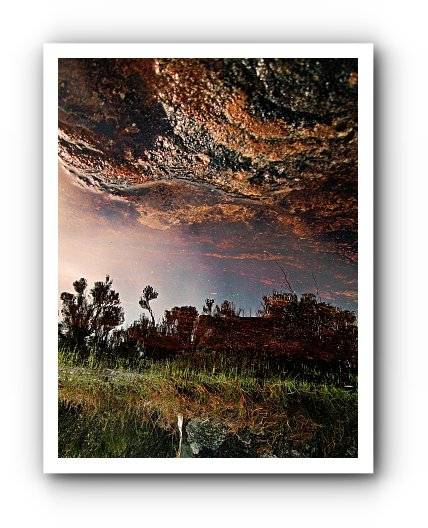 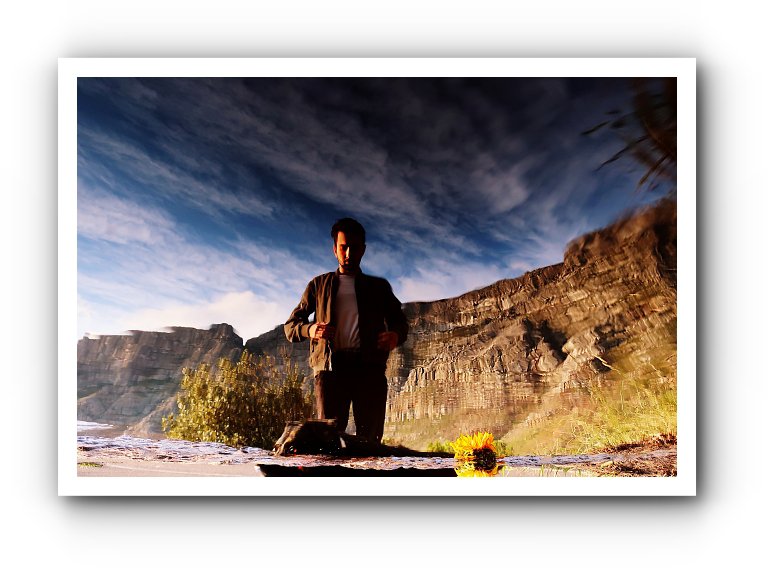 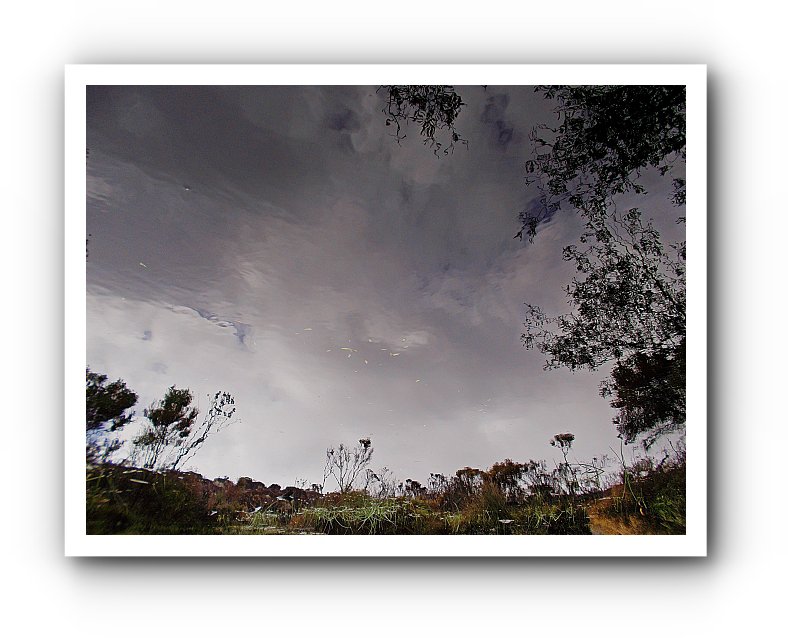 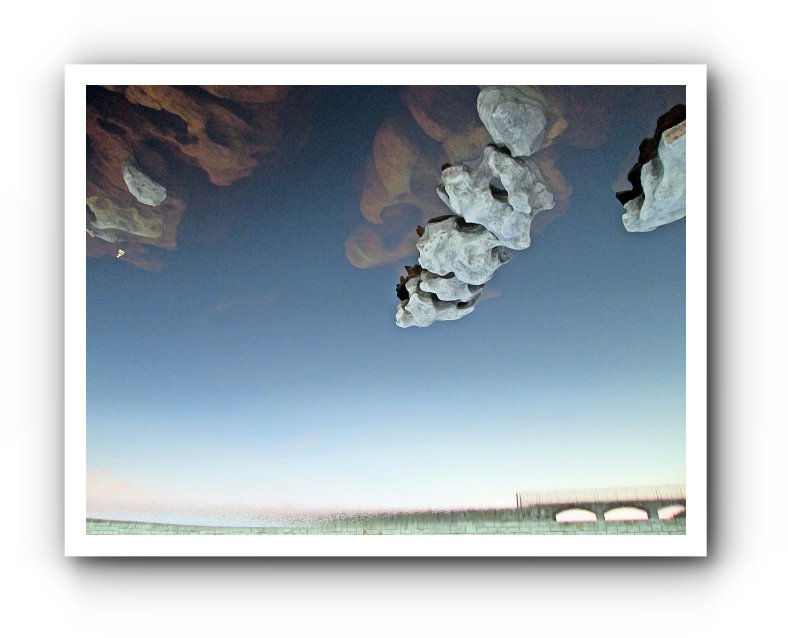 The images are not superimposed; they're composed entirely in the camera, and remain un-cropped & unedited.

All prints are signed. They are approximately 42x54cm.

Limited editions of 7 are printed on Hahnemuhle German Etching 310gsm.