AMENDMENT TO THE MEAT SAFETY ACT

The reclassification of many species for mass slaughter coincides with the challenge of bush and wet markets, and the profoundly embedded culinary and medicinal practices they serve. Is South Africa's government, the legal steward of one of the planet's most biodiverse faunal habitats, preparing to step in to fill opportunities arising from Covid-19? 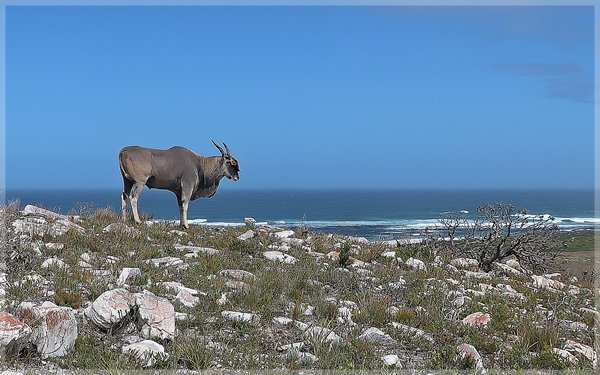 “Want to Stop the Next Pandemic?" asks a recent Time magazine headline. “Start Protecting Wildlife Habitats.” This article, and many like it don’t explicitly say, yet they imply that in order for jungle pathogens to never be our jailers again, millions around the world should stop eating animals from the wild.

Unless these people are expected to go onto plant-based diets, demand for safely regulated and black-market protein sources will grow, as well as for standard western supermarket alternatives. That means more of the Amazon will have to be stripped to grow stockfeed.

The proposed amendment to South African law expands a list by nearly a hundred named animals suitable for processing through abattoirs. They are the type you’d see on a trip to Kruger National Park or in the Lion King. In fact all creatures great and small. Because below it - almost by the way - is the following inclusion of “...all other species of animals not mentioned above including birds, fish and reptiles that may be slaughtered as food for human and animal consumption.”

Telling any culture what and what-not-to eat is fractious, contentious, some may say dillusionary authoritarianism. Some very large populations of people see no difference, apart from taste, between species. In parts of the world, including our own, displaying a biodiversely sophisticated palate is a form of conspicuous consumption. Why would stigmatizing the legal eating of lion in Asia be any more effective than vilifying springbok-eating, or cow-eating in other parts of the world where big beef’s effects on the environment are well known?

The amendment to the Act ends by stating that animals currently listed by conservationists as threatened are still protected from slaughter for human and animal consumption, in line with the ‘relevant conservation provisions.’

The aim of the amended legislation is unclear. The internet provides no official insight. Government attitude towards conservation may be measured in noting that for years it's been trying to get South Africa out of commitments to CITES, the international convention that regulates trade in wild animals. Would this latest amendment allow previously wild species to still fall within the protective remit of CITES?

Apart from the writer Don Pinnock, few others have delved into this issue. In the absence of a rationale from the law’s amenders, it may be informative to consider how things are playing out in traditional animal agriculture.

Days before lockdown, in a race against time and what some saw as overzealous stringency by the National Society for the Prevention of Cruelty to Animals, several emerging Eastern Cape stock-farmers were able to make delivery for live shipment of fifty-five thousand sheep to the Middle East. Local government and provincial veterinarians fast-tracking reportedly smoothed the way.

Does this amendment not move us towards trading live and dead forest and savanna herbivores, antelopes, monkeys, rodents, reptiles - and many invertebrate species including snails, termites and beetles, which represent a multi-million dollar trade on this continent? Multiply that by many tens of billion dollars in Asia’s case.

To speculate further, what’s to stop the development of vessels with on-board abattoirs, processing so many farmed species for mass consumption internationally? Using just-in-time harbour-to-market logistics the produce could get safely delivered at culturally-desired optimal temperatures.

Beyond nutrition, genetic modification advances for selective and intensive breeding of skin-colour variants could help the tanning industry, with python, stingray and crocodile leather for fashions items.

Whether these are the aims of the amendment's drafters or not, this issue is intrinsically linked to a key question of this crisis: how to reform global sanitation standards, from food safety to personal hygiene.

It also brings up the questions of what-is-and-what-isn’t ok to slaughter? What are the criteria for the change? Modern South Africa is built on a bedrock of arbitrary discrimination, and its abolishment. Are we now extending non-discrimination in the non-human realm? For how is the tapping of bile from bears different to extractive use of cows for milk, or so a defender of this amendment might respond if challenged. And keep on comparing.

The scheme's backers would give the usual assurances that sounded more convincing in pre-Covid-19 times, that the rational use of antimicrobials in agriculture has long protected public health; and that veterinarians should keep monitoring the growing value-chain of government-certified abattoirs and food safety inspections.

But exporters often restrict inspecting vets from doing their work when loading animals onto live export vessels, according to the NSPCA. Shippers and local authorities ignore the basics of the Animal Protection Act.

Someone who runs a hospital in this city recently voiced hope that post-Corona we hold onto the positives: rates of admissions to the hospital’s casualty sections have plummeted; and transmittable diseases, like infant diarrhea, are at an all-time low. That’s hand-washing, he said.

Universal handwashing, it struck me, has taken about a hundred and fifty years to catch on as a ritual in the modern era, since its benefits were rediscovered by Ignazz Semmelweis, a doctor in Vienna in the mid-1800s.

Will it take so long to bake into ritual the basic sanitary lessons of this moment? The Wuhan wet-market has been branded as Covid-19’s site of eruption. But that fact is not a scientific slam-dunk. And with nearly all of humanity hooked on some form of animal product, the notorious wet-market is just one of the addiction's many dirty needles.

Around it the fog of infowar swirls thick. A rogue virus-research unit wafts in and out of the haze. Vaguer off is 5G. And then, beyond the pangolin ...

This post was written in a speculatory octave. Here is my GroundUp article of more considered views.

Subsequent to the the above, ISSUED 30 APRIL: EXTENSION OF THE COMMENTING PERIOD AND CLARIFICATION OF THE PURPOSE OF THE AMENDMENT TO SCHEDULE 1 OF THE MEAT SAFETY ACT, 2000

Return to notes and other info