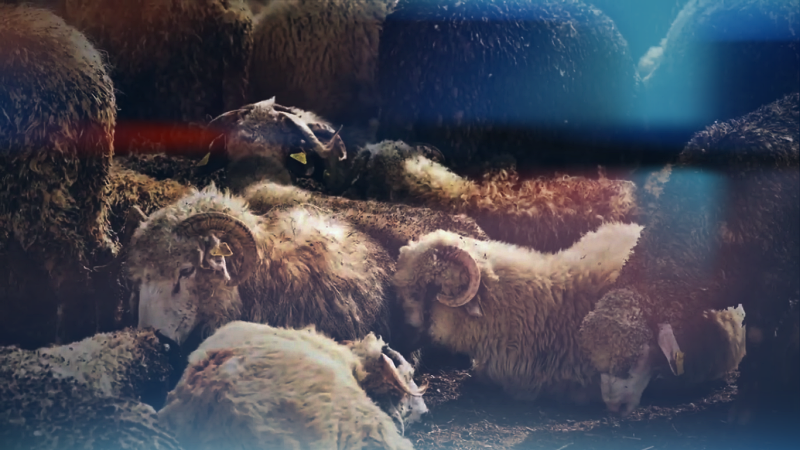 Don’t Believe in Karma? Nor did I, until Covid-19.

When our ancient ancestors first domesticated non-human animals, the microbes from those animals took hold in us. This present moment started then.

Millenia later, Europeans, weakened by diseases kindled on decks of Dutch ships, occupied the Cape and delivered a plague of smallpox to the largely pastoralist and nomadic indigenous population. Although this was human-to-human transmission, smallpox is thought to have originally come from non-human animals. The Khoekhoe and San had no natural immune response to the disease.

Not having settled in any permanent place, they’d been living similarly to humans who’d existed in other parts of the world over ten thousand years before. Each of those forager-hunter-gatherer formations comprised about one hundred and fifty individuals. Whenever people picked up a transmittable disease, perhaps after having scavenged on the remains of other animal corpses, the whole group could die out. But nomadic isolation often meant that the infectious pathogen would fade with them.

With the advent of crop-growing, permanent settlements developed into villages, towns and cities. Residents lived close to their captured animals, and zoonotic illnesses (those passed from non-human animals to humans) thrived in human and non-human bodies. Measles, for example, is estimated to have been a mutation of rinderpest, a disease in cows. For centuries it devastated human communities. It is now endemic to our species: measles is part of us.

AIDS, Ebola, Swine flu, bird flu, mad cow disease, giardia, ovine chlamydiosis, and many others now including Covid-19, all crossed over the species barrier as humans hunted, farmed, caged and killed non-human animals. The current wave of human death, and the resultant exercise of contact-tracing and self-isolation, is not new.

Bill Gates warned in his 2015 TEDtalk of the crisis we are presently living through. He is now being regarded as something of an oracle for having spoken of how we could better prepare for a future pandemic. But there was an elephant in the room. He failed to suggest the most fundamental remedy: not only to stop devastating wild animal habitats, but to reform our systems of industrial agriculture.

Why is the latter concern in particular almost close to mute in the conversation about preventing the next pandemic? Is it the same reason that activists who alert us to systemic cruelties to animals are prosecuted as if they were terrorists? Or that in South Africa, in blatant violation of our Animal Protection Act, extreme abuse, like unnatural confinement in farrowing or gestation crates, and batteries, is visited upon animals in the agriculture sector, and our government does nothing about it?

Over eighty percent of one of our most precious classes of drug, penicillin, is used to prevent bacterial infections and their spread in densely populated animal agriculture facilities. Research points to the strong possibility that drug resistant bacteria in farmed animals could one day infect humans Antibiotics through overuse could lose their effectiveness. That would take us back to a time when a small cut could become deadly; so too childbirth and surgery.

At the height of the current pandemic, vast quantities of the penicillin is probably being fed to fifty-five thousand non-human animals on a ship, Al Messilah, which started its voyage in East London and is now sailing up the east coast of Africa. They are destined for warm-meat markets in the Middle East. I’m tempted to write here that this live cargo consists of lion cubs, stray dogs, cats and donkeys. That would usually get our outrage going, but it would be mischievous: the victims are sheep. But what is the difference?

The manner in which these boats are crammed with living beings goes against international and local anti-cruelty standards. On harbour wharves wherever the vessels dock the ingrained stench of pee and excrement reportedly hangs in the air. It grows worse once the animals have been at sea for a few weeks. High ammonia levels burns the eyes of the sheep and causes respiratory distress.

National Society for the Prevention of Cruelty to Animals veterinary teams mandated by law to inspect these ships have been assaulted by ship-workers. On board, they’ve found parasitic conditions and faeces in food and water troughs. During one inspection in October 2019 the NSPCA urgently appealed to the provincial government that exhausted workers loading animals in dark conditions were mishandling the sheep, crippling some. It is reported that provincial officials took no action, and that government veterinarians said nothing was wrong.

Like other countries South Africa has explicit laws. There is a statutorily appointed anti-cruelty watchdog, the NSPCA. Reading the Animal Protection Act, you’d think it was founded in empathy for our fellow creatures. The authors of this law, it seems, envisaged having to prevent and deal with small outbreaks of ill-treatment and isolated incidents.

Instead, abuses that the law describes as illegal are currently meted out to billions of non-human animals butchered each year.

In the lived reality of most non-human animals it could seem that the Animal Protection Act was written to serve corporate interests. And those of deadly microbes.

In international waters, beyond the law, sheep sink into their own excrement,which burns skin that has been broken by their mishandling. Open sores develop, infested with maggots. Onboard bone-grinding machines are said to start up early. Sailors on nearby vessels report smelling live export ships before they come into view, and seeing gulls feeding on their bloody wakes.

The litany of corporate and official depravity is extensive. Undercover video shot by crew members is so grim that TV programme editors censor it, because they fear upsetting viewers. A glimpse of the ‘sanitized’ clips shows animals crammed into pens gasping desperately, unable to move in rising faecal mud. Their immunity weakens while steeped in equatorial heat; the ship, without ever being cleaned, sails on to deliver it’s cargo.

An Australian veterinarian who worked on board these ships says such footage shows the reality of every single one of the fifty-seven voyages she undertook.

This is but one example of what is going on every second of the day all over the world. Seventy-two billion land animals are slaughtered each year for our food, but we dare not consider the grim conditions that allow us all in some measure to share in this plentiful bounty of cheap flesh. Corporate leaders of the agro-industrial-comple bank on us not doing anything or thinking about it too much..

But by averting attention from this we also ignore the costs. To the primary victims, obviously - the sheep, pigs, cows, chicken and other farmed and wild animals - but also to the planet, and to ourselves. For years it’s been pointed out what this over-consumption of flesh does to our bodies. Using the tobacco industry's playbook, meat industry lobbyists and marketers muddy the water. There was a time too when we were told that smoking was beneficial to our health.

Simply put - meat is not. For it to be the abundant luxury it is for billions of humans means it will continue fertilizing the Covid-19s and H2N2s, whether in bush meat markets of this continent, warm meat markets in the Middle East, or the Concentrated Feeding Operations in Europe and America.

But this moment doesn’t really come from animals, or China or anywhere else. It comes from our collective willful ignorance existing in plain sight of humanity’s better qualities, of mercy, compassion, empathy, ubuntu.

From climate studies into environmental harm caused by factory farming, to spiritual homilies, the warnings have long been there. “As the horns of cattle grow with age, so too does men’s greed as they get richer,” says the Mahābhārata. The bible in its most basic tenets speaks of greed leading us to trouble. And now we are in it. And unless we clean up our act on this planet fast, Covid-19 is just a warm-up.

If karma, as one definition has it, is the cycle of cause and effect, then Covid-19 is karma.