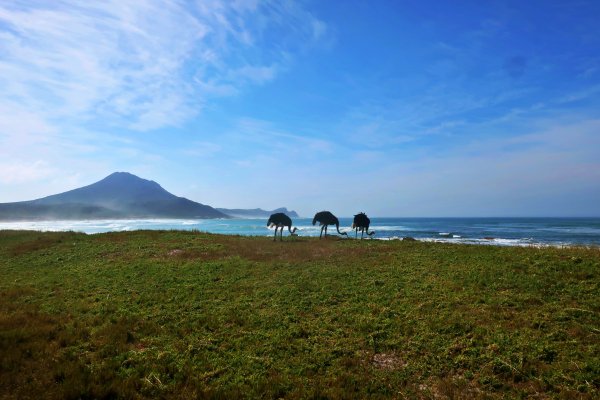 Not far from some ostriches hanging out on the Cape of Good Hope Nature Reserve's western coast: 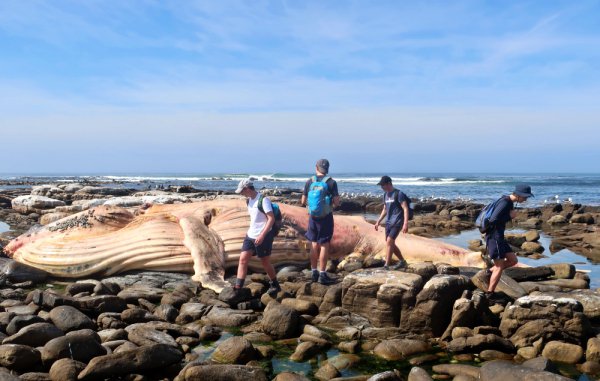 Was it once part of the super-groups of humpbacks reportedly gathering further up the coast? It had flesh-wounds near its tail - a sign of it perhaps having fallen victim to octopus traps, which according to the Minister of Environment and Fisheries, "have resulted in the untimely and cruel deaths of these magnificent creatures."

And so octopus' untimely slaughter is, however, presumably ok?

But who knows if the dead whale was the work of octopus trapping? It could have been hit by a vessel, or been poisoned by plastic. 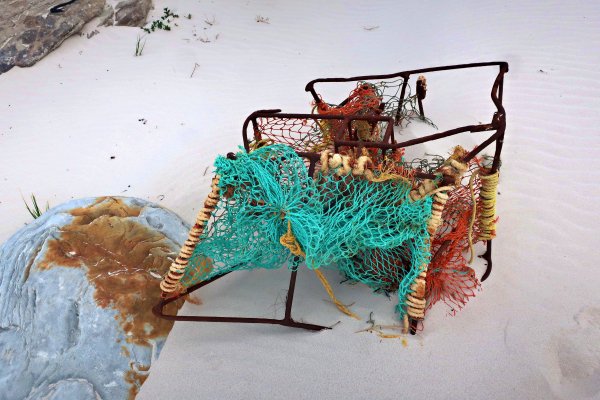 Abandoned, lost or dumped nylon nets, ropes, plastic crates and fishing baskets make up the single biggest destructive element of plastic waste in the ocean. And at the Cape of Good Hope Reserve you can now add condoms. 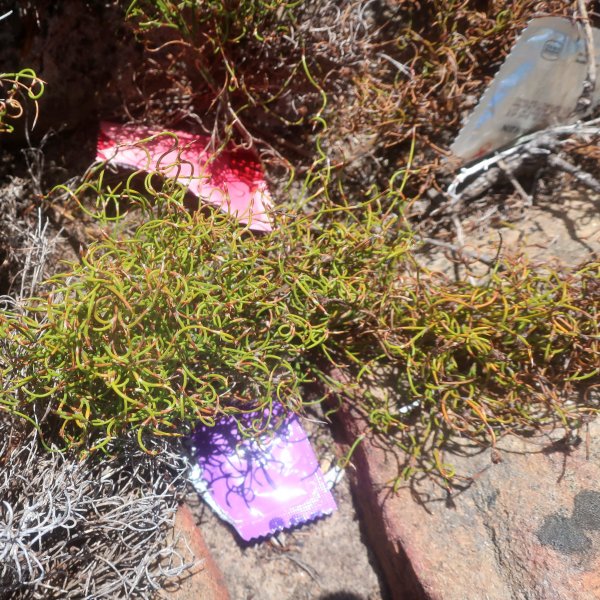 I should have known when I first started seeing them six months back. They're part of most local illegal sea-hunter's tool-kit. Tide torn and faded, or some still in their packs, they are to be spotted along the Overnight Trail. There were even a few up on hill-paths or scattered deep on the fynbos plains - so they couldn't be shipwreck or lost-cargo flotsam. Strewn near the milkwood tunnels near Gifkommetjie a 20-pack lay washed up on the beach. NOT FOR SALE on each sachet. 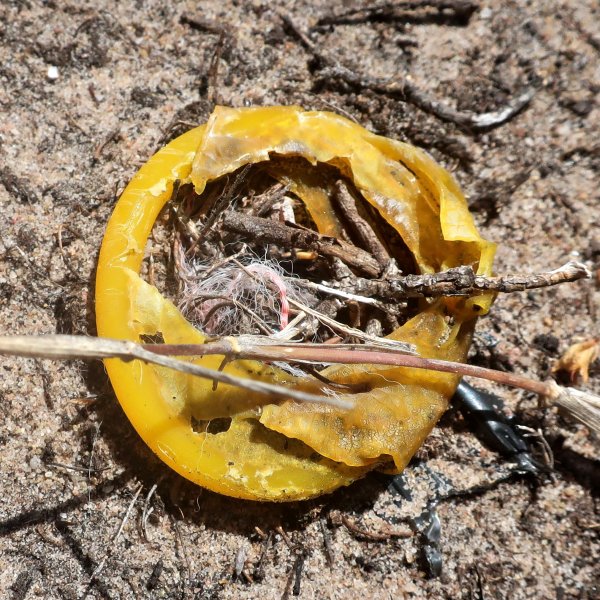 Still, the penny didn't drop even when on another walk up to Kanonkop a week later we came across a broken suitcase under a bush with a damp wetsuit spilling from it. Clearly it was an abalone hunter's, possibly dumped in haste while on the run from law-enforcement. 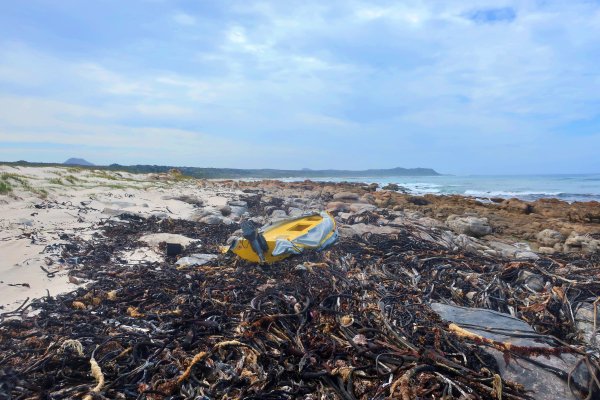 Further evidence of increased abalone hunting activity at the reserve was one of their wrecked rubber ducks which has joined the USS Thomas Tucker's rusted remains on the Olifants Point rocks.

This week in the reserve, on sighting another condom patch, a local President's Award hiker reminded me that perlemoen divers keep their phones waterproofed in tied up condoms.

A SANParks employee told me that the poachers get brought in as day visitors, are dropped off somewhere remote, and when it's dark head into the water to do their plunder. As the reserve is not entirely covered by phone signal, they have to hike higher in search of it so as to arrange their transport out.

This is a blind spot authorities have towards the fishing industry. If any other were to litter the sea and shoreline like fishing does there would be bad publicity and fines. Like whenever an oil spill threatens wildlife.

It's not that plastic cooldrink bottles, broken dolls, old rubber boots and other stuff aren't increasingly littering the shore. But much waste litter at the Cape of Good Hope is fishing flotsam.

It isn't just an eye-sore. It kills. As it's designed to. Mercilessly, indiscriminately, and with careless messy efficiency.

I hate being moralistic but these signs of increased pollution and hunting of marine wildlife round the Cape, or anywhere, both legal and illegal should make us wonder: is any of it ethical? 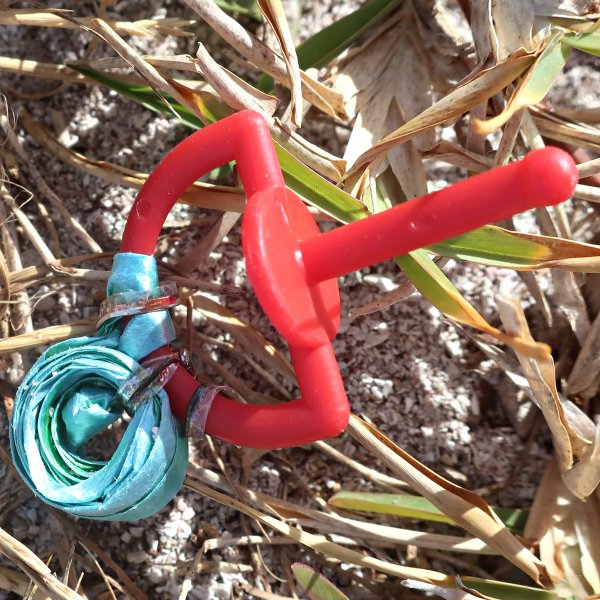 As one shoreline mystery was cleared up, another appeared. This little improvised device.