It's not uncommon to see dung beetles awkwardly rolling their waste cargo along Table Mountain trails. Often they are cleaning up what some dog-walkers don't. Otherwise it's dung balls of antelope pellets they might be pushing. Whatever poop it is it's both meal and underground egg incubator for the beetles’ young. 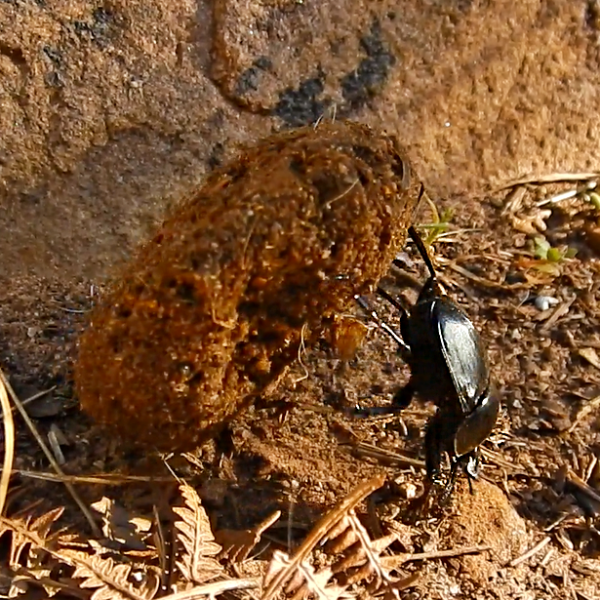 On the lower fynbos plains the beetle may even be tumbling the seed of a Cape restio. Through a process called faecal mimicry this restio has evolved a round smelly seed which fools the beetle. In this way the restios' seeds are taken underground. There, safe from fire they will germinate.

Some people may regard these beetles as unimportant creatures best left to their grubby ways. This ignores their role in maintaining the vitality of the ecosystem. They help keep soil healthy and germ-spreading fly numbers down. They are probably more useful environmental stewards at the moment than we are. But for how long?

A massive drop-off of insect biomass continues. Dung beetles are now among the most threatened insects on Earth.

Dung beetles have long held a special place in human imagination. In ancient Egypt scarabs, as they were called, were not thought of as mere movers of shit to the underworld. They were believed to be able to supernaturally transport people in a beam-me-up-Scotty sort of way between this world and the next. They were key to immortality. 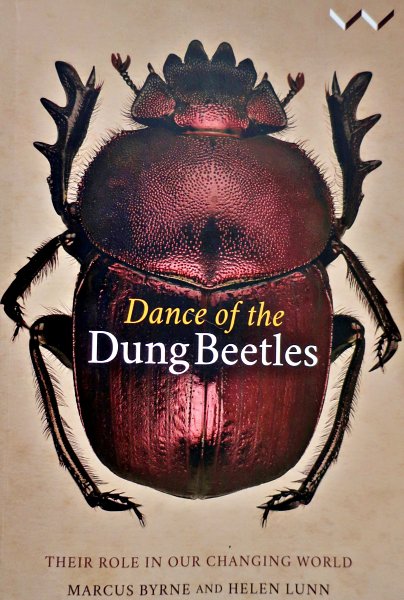 Published this year (2019), The Dance of the Dung Beetles tells of how those ancient Egyptians came to form their superstitions and rituals around scarabs. The book then moves on to how humanity grappled its way over thousands of years out of beliefs in the supremacy of kings and omni-gods, and then biblical-type creation. By observation and empirical studies of nature, science has hardened into our most influential guide. It has helped us assess our place in the world. But have we taken our faith in science far too far? Like the ancient Egyptians and their dreams of the scarabs' powers, our civilisation risks fooling ourselves that science is the way to take ultimate control of our destiny. And so we dream on.

The book's authors, Helen Lunn and Marcus Byrne, roll us through centuries of human interaction with nature. Along the way we pick up traces of explorers and amateur scientists, artists, evolutionary thinkers. We are introduced to the naturalist Maria Sybilla Merian, a 17th century illustrator. She was one of the earliest to highlight the fact that insects and the form they take is an expression their environment. 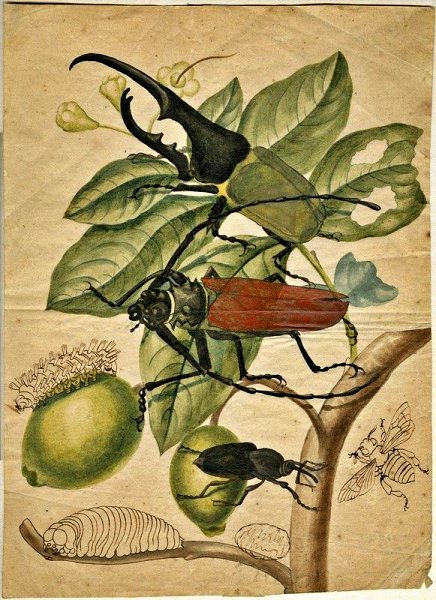 Byrne and Lunn explain how early nature-reserve managers dealing with elephant and wildebeest populations in Africa advanced knowledge of our symbiotic relationship with dung beetles and other organisms. They delve into the work of professional agronomists who made a viable business out of farmed cattle in Australia.

Remember those Australian cork dangled hats? They were adapted to keep pesky flies at bay. Billions of them were breeding in the pooh pats of cows brought over to Australia since colonisation. By the 1950’s, and with humanity’s booming culinary craze for flesh-eating, tons of cattle dung was lying around. Fly populations exploded in Australia like a biblical plague. So twenty-three species of dung beetles were released in Australia, mainly from Africa. Problem sorted.

Recently scientists have worked out that some species of dung beetles use the sun and stars to navigate. Which means that they are uniquely susceptible to more than just the usual list of human interventions like habitat loss and overuse of insecticides which damage so many organisms from savanna mega-fauna down to the microorganisms in the soil and our gut. Light pollution is suspected to be wreaking havoc with some turd-tumbler species' navigation systems.

It's probably also messing with their dreams. 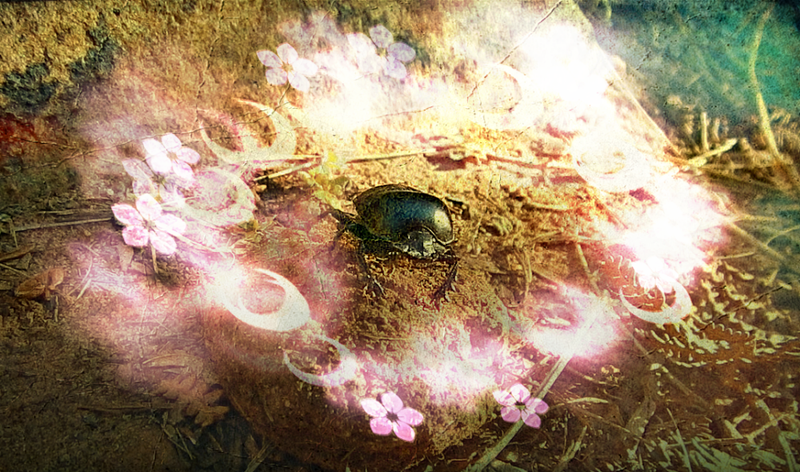 While we dream on.