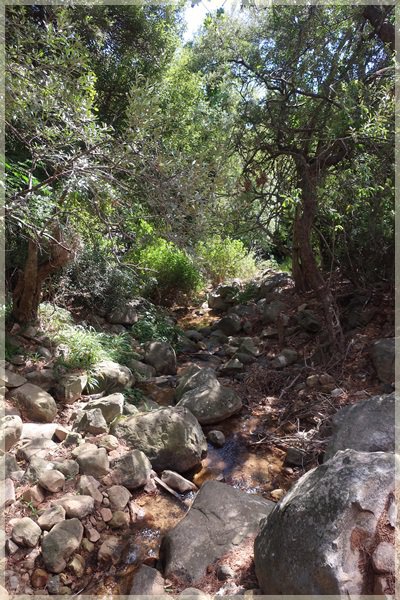 At the foot of Table Mountain on 1 April 1888, Cape Town’s mayor and a small group of dignitaries visited the Platteklip stream. They were there to witness an opening. And a closing. Newly built wash-houses nearby were to end a working tradition in the stream that had lasted over two centuries.

The Cape Times reported that the mayor’s party watched about two hundred washer-women. For the last time in the Platteklip they were standing up to their calves in pools of filthy water, washing laundry, banging it on rocks, and wringing it out.

In opening remarks the mayor said that the new facilities spelled doom for this river-washing period of the city’s history. And the laundry facility would make the women's work easier.

He then smashed a bottle of champagne against the new building's sandstone wall.

The women, it was suspected, were not impressed. 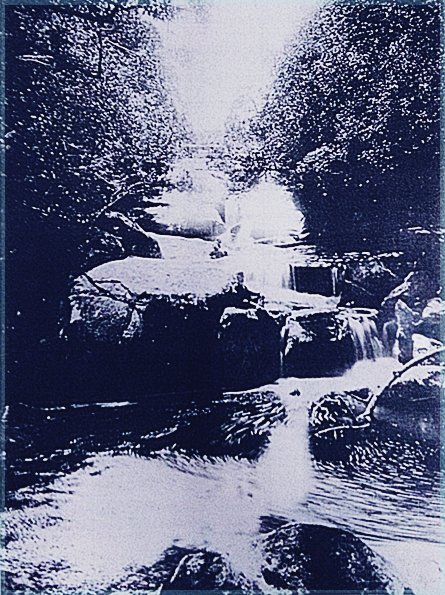 Before the 1652 European settlement, indigenous pastoralists watered their animals at this stream and others. Elephant, antelope, buffalo must have wallowed and drunk there too, and at nearby springs that bubbled and gushed from the mountain. Some did so all year round.

The Khoi are said to have called the area Camissa - The Place of Sweet Water.

The Europeans in search of the best refreshment stopover were attracted to its watery bounty. They called the stream the Varsche Rivier.

But winter tempests blew hard into Table Bay from the north west. The Dutch considered other more harborous bays. But they kept returning to Camissa where several local Khoi known as watermans are said to have set up a service to provide water to passing ships. The perennial reliability of the Varsche helped swing the decision for the Dutch to put up their first fort, a wooden structure, at its mouth.

The settlers soon renamed it the Platteklip River. The river was the settlement’s main sea-to-mountain line of orientation. As the Dutch East India Company’s refreshment station developed, canals were dug out from the river's banks to carry water to various agricultural plots. These grachts, as well as new streets, became an urban grid that sublimated the river’s prominence. Access along it to the mountain became more complex.

The new colony’s social strata was less rigid than old societies back in European cities. Advancement was easier. The company released from its employ ‘freeburgers’ who now traded or farmed. Between the 1730’s and 1780’s the town was described as becoming lavishly prosperous.

A conspicuous way of displaying social rank was in clothing. Uniforms were adorned with buttons of various metals. Buckles were social signallers. Flashy cufflinks pinned down folded white cuffs. Women paraded to church in their finest clothes and jewellery. Following them were slaves. They carried decorated bibles kept closed with ornately worked metal clasps.

Clothing codes were written into law. Buying and bartering clothes from slaves was a punishable offence. 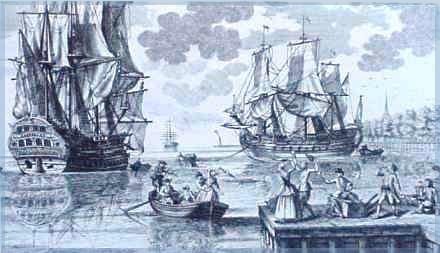 The growth of the colony is the story of the indigenous people's alienation from the area, and ultimately most of Southern Africa. The Gorinhaiqua had been grazing their livestock on the renosterbos-covered mountain slopes long before the Dutch pitched up. The local streams, which their sheep and cattle had drunk from, particularly the Platteklip, were now subsumed into the colonial settlement. The new masters had engineered control of their flow to different parts of town, but they were not careful stewards of sanitation.

Wind blew the settlement's dirt into them. The Platteklip's upper reaches were used by enslaved women to wash the grime of daily life out of clothes. And sometimes the blood of battle - their own and the Khoi, Gorinhaiqua, San and others they fought with over land. And water. 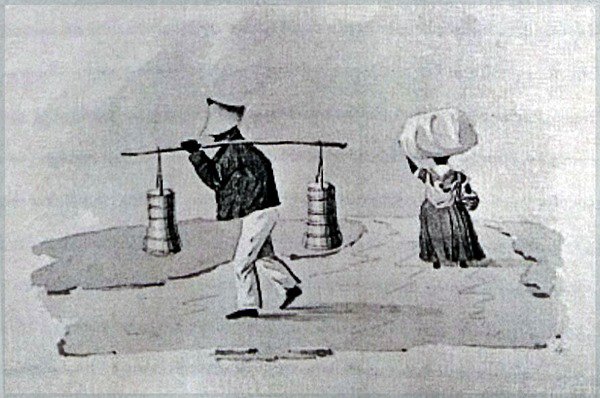 Observers at the Cape described the racket of the laundry-women's clogs in the morning as they headed along up the cobbled roads. Up to a hundred women carried large bundles on their heads to spend the days scrubbing, and scouring using corn husks. The sound of beaten lathered cloth echoed round. The bushes trees and rocks were adorned with drying laundry.

In 1834 slavery was abolished at the Cape. Entrepreneurial women, the sort who preferred not to be confined to their employers’ homes, now made their living washing clothes in the Platteklip Stream, and other rivers, (like the Liesbeeck pictured below, with Malay washerwomen at work.) 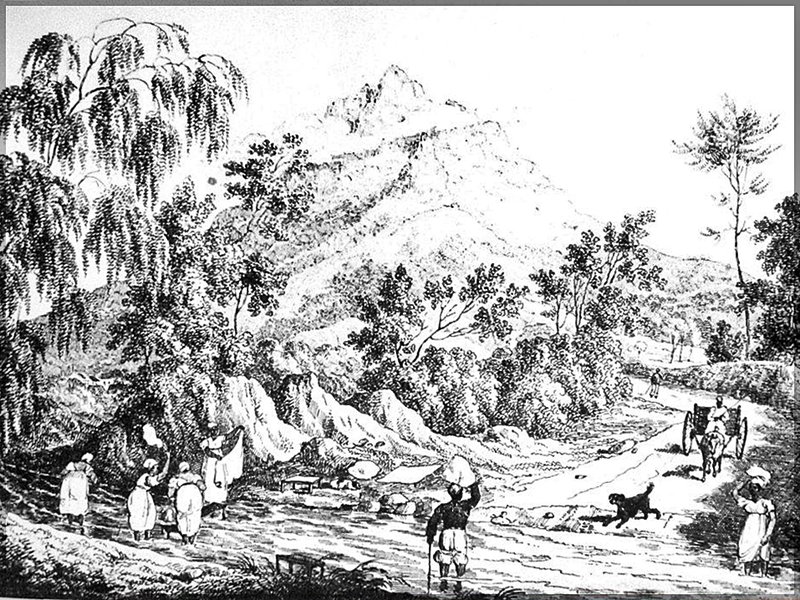 Not much is known of the individual lives of these women. But perhaps a newly introduced law of the time lets us in on how some of them might have spent their money. It forbade free black women from wearing garments that made them look more prosperous than ‘respectable burger women.’

Thirty-four apple boxes of artifacts excavated along the Platteklip suggest something of the social dynamic where they worked. Numerous curtain rings tell of the strenuous extent of their toils. Fragments of children's dolls, marbles and play-play porcelain tea sets give hint of kids nearby. Musical instruments, like a found Jews Harp, broken bottle-glass, and clay pipes indicate how they could have spent their lighter moments.

However, on that early April morning in 1888 the women were not in a lighthearted mood.

The new laundry setup had come about due to pressure from colonial-era owners of small-holdings on the outskirts of the city. They grew crops downstream from where the women worked, which they irrigated from water sluiced from the Platteklip.

And it was not only unhappy crop-growers. With germ theory being accepted as serious fact, new City sanitation laws now outlawed the washing of laundry in public streams. Along with this the city was to charge a fee for use of the new wash-houses.

At first the laundry women boycotted the new facilities. Rather they paid private land owners for use of their streams. The city dropped the wash-house fee. Some women started using the seventy basins provided in the wash-houses. Perhaps they told others of how much more comfortable their work was standing at basins with taps providing running water, instead of having to bend all day in the rocky stream-bed. The fee was reintroduced. 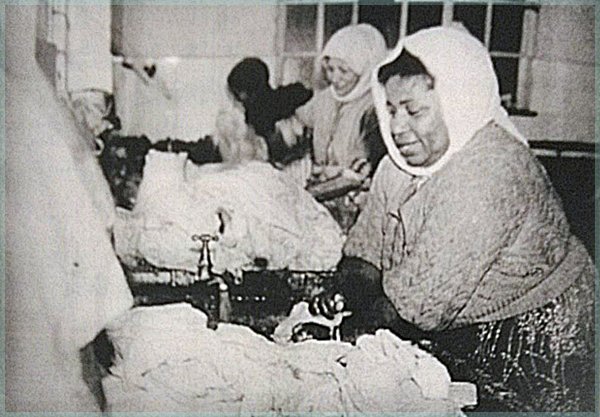 These were not the only wash-houses in the city. Various others were built, like this one pictured above in Hanover Street. 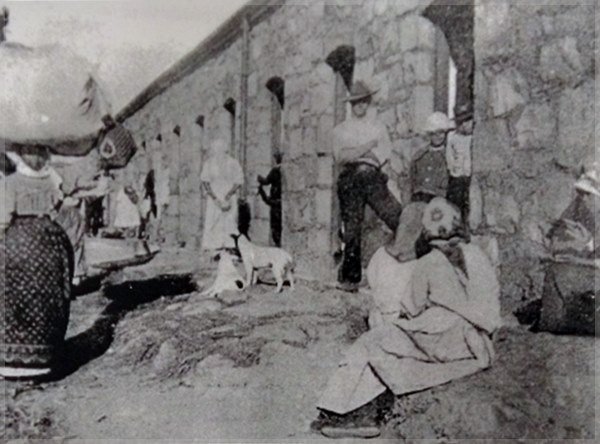 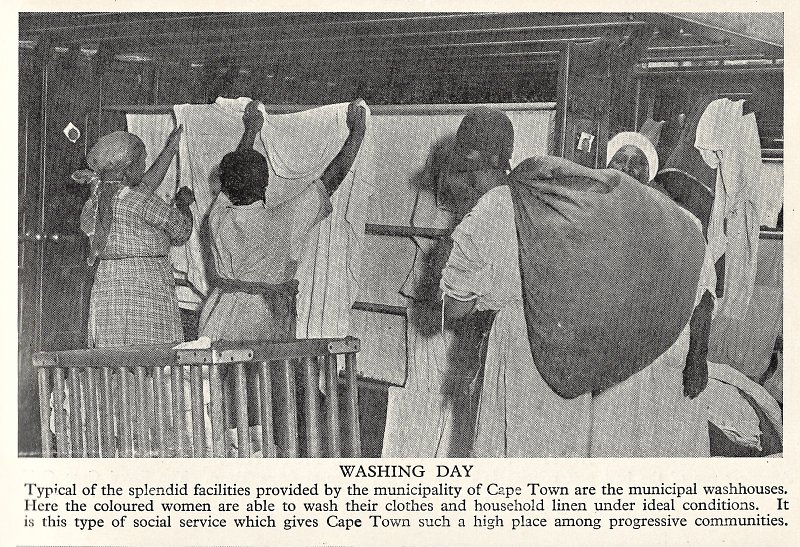 Cape Town's wash-houses closed in the 1940’s. Piped domestic water and electricity now allowed for home washing. Washing machine sales in the USA had already hit close to a million a year. The Platteklip's wash-houses were renovated into stables. 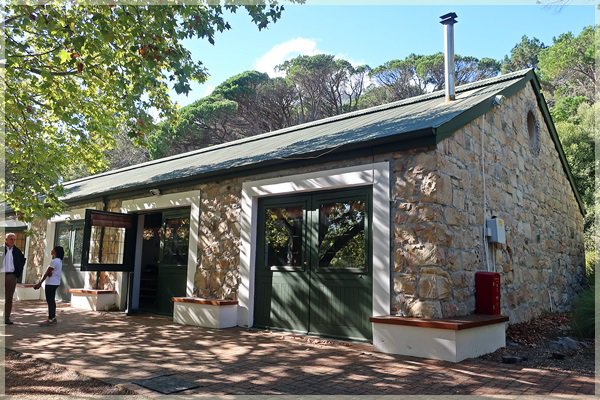 In 2006 they were converted into guest-house accommodation for Table Mountain National Park.

On a recent visit to the old wash-houses I found nearby rocks strewn over with drying clothes. Their owner eyed me as I drove by. 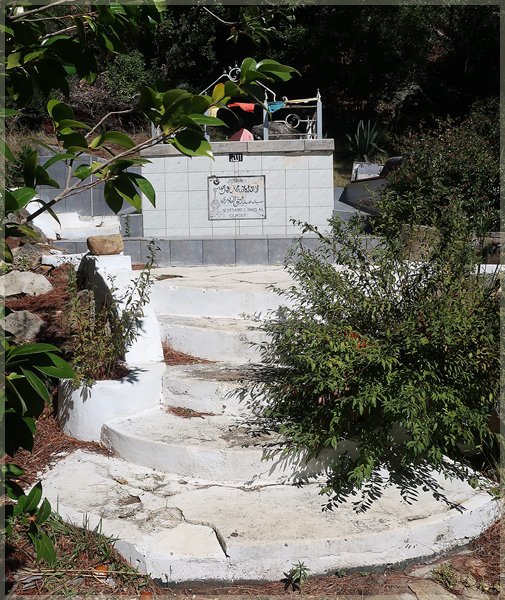 I walked over the wooden bridge, up to the Kramat, a memorial for a colonial-era leader buried on the side of the stream. 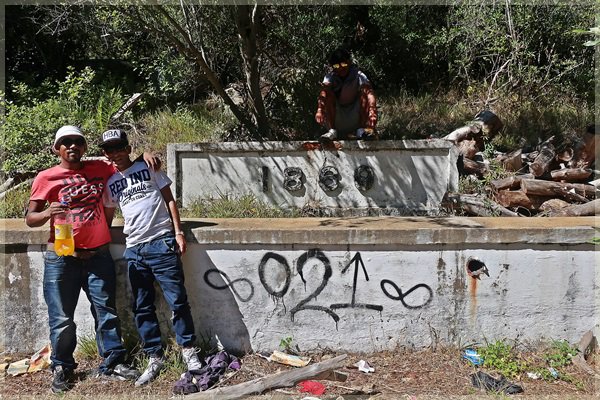 The nearby remains of the colony's slow-sand filter is now a graffiti gallery-cum-party-pit. 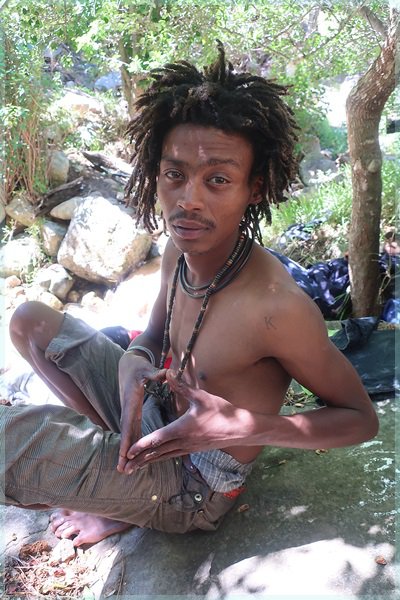 Beside the filter, on the banks of the stream, a trainee spiritualist with a biblical name was preparing for his calling.

The clothes I'd seen strewn earlier belonged to a Zimbabwean man. I talked to him when I left the wash-house estate. He's a fastidious dresser, and an impassioned and trained environmentalist. His love for the stream and the mountain symbolizes the activism he would like be do more of to counter the fouler fruits of 'progress'.