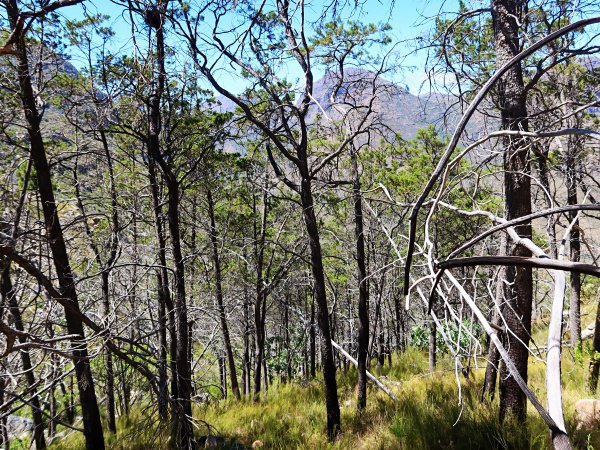 Seldom can one hike in the mountains that rim Africa's southern tip through cool dappled light and the rustlings of indigenous foliage. Apart from in verdant kloofs and gorges, the Cape Fold soil isn't tree-friendly terrain. The outlier is the Cederberg. Only just.

Local Cedars on the edge of extinction. 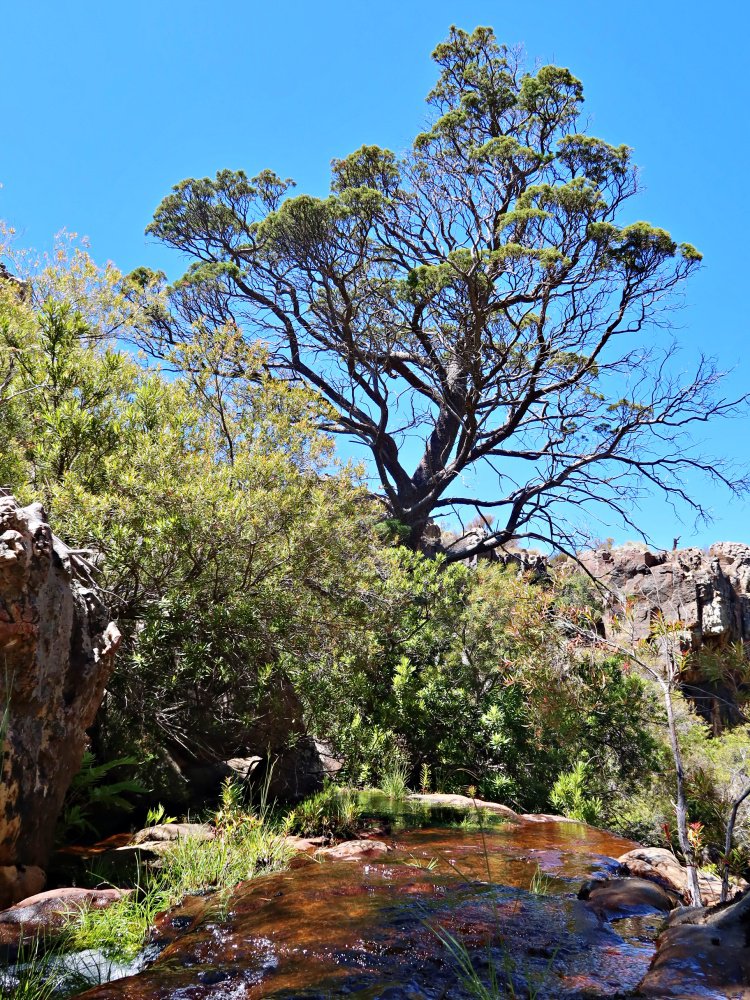 High in Cederberg's remote geologic grandeur there evolved vast forests of Widdringtonia wallichii, as the endemic tree is now being termed.

However, logging mania hit a century or-so-ago, robbing the Cape of a uniquely shaded mountain environment.

Still seen in high crags, or in a few regenerative projects of small scraggly copses, any remaining cedar trees are in an adaptive time chase against global heating, and more prosaic events: 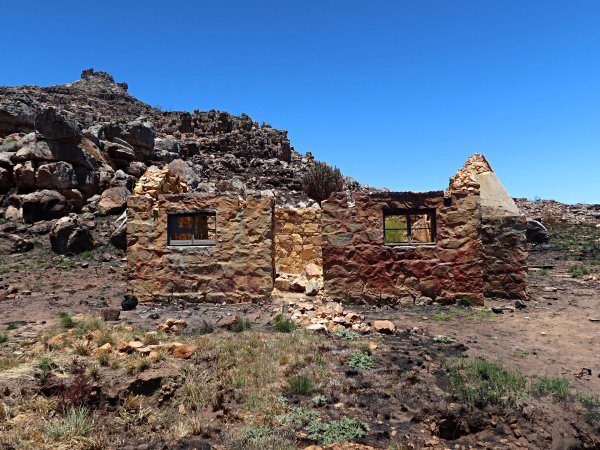 The blaze of late 2020 was allegedly sparked when used toilet paper was set alight up on the vlakte near Daggavleikop and Middddleberg. (The hut pictured above didn't have a roof before the fire, and the main hut is still intact.)

The blaze could also have been more ecologically consequential had it reached the cedar sanctuary, or the section between the Middelburg - and - the-Grootlands - vlakte, a stretch of veld with its own fire-damaged cedars, which has otherwise been bouncing back from a fynbos blitz a few years back. 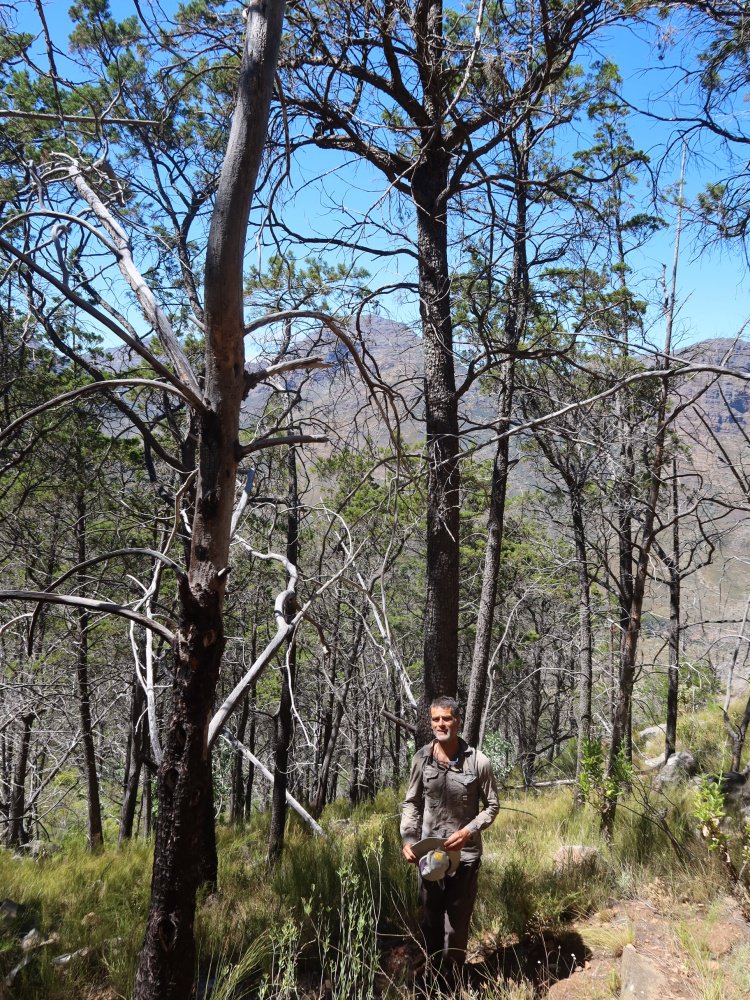 From the main Middelberg - Algeria route you can see over on the other side of the kloof, on Daggavliekop's slope, this alternative path (above).

Mostly distinct trail, this alternative route is looser underfoot compared to the main route. A third of the way up the overgrowth sometimes hides clear path. Take care. Look out for the old leopard trap near the upper reaches. 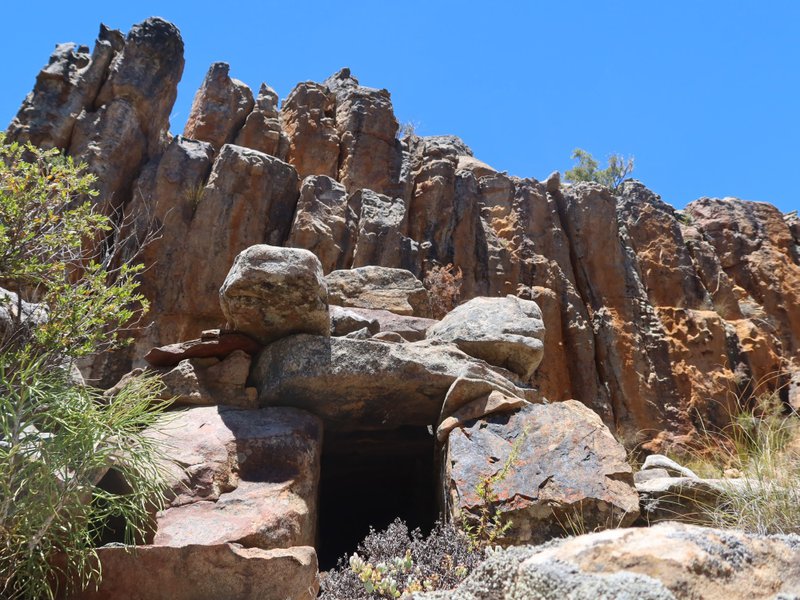 It's on the other side of the trail to where it is marked on the Slingsby chart.

Take the main route one way; then loop back via Middelbergvlakte for a varied walk. In summertime I'd take the lesser-hiked northern (Daggavleikop) trail down, because an early start up the main route when the sun hasn't breached Middleberg yet, means the hard-walked hiker will also be shaded, now by the cedars for some of the way. Take time to rest in the shade. It's rare forest therapy.

In the hot months, late summer especially, assume that running water will be scarce. It's there, probably, somewhere, but take enough. 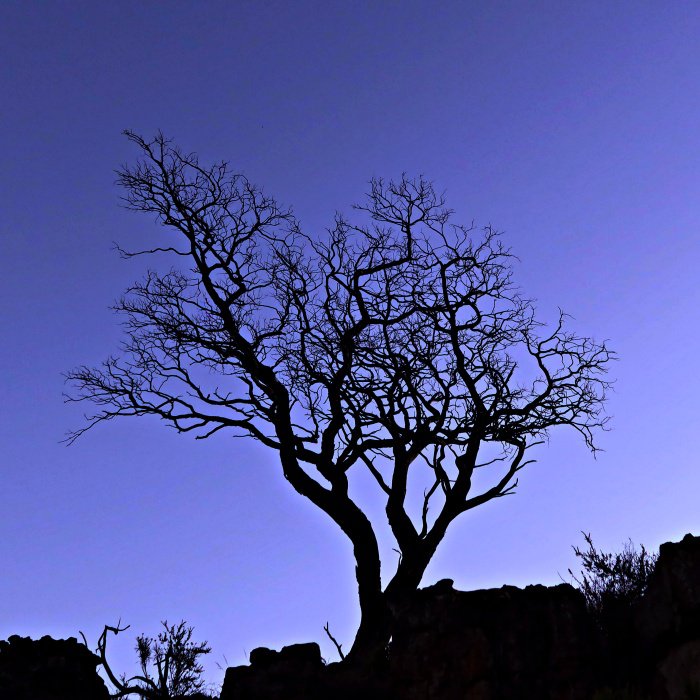 Back to notes / info etc