Insects make up by far the majority of all known animal-like species. So in a region as rich in plant life as the Cape mountains you might expect their numbers and variety to be correspondingly diverse.

Yet some say that compared to plant diversity, insect variation in the Cape Floristic Region is surprisingly low.

Others differ: insect species' diversity in The Cape Floral Region is not much different from surrounding vegetation regions.

While you see small crawling or buzzing beings while hiking Table Mountain and in other areas rich in fynbos, you are barely ever bugged by swarms or nibbled on by some pest. Rather, you may be charmed. 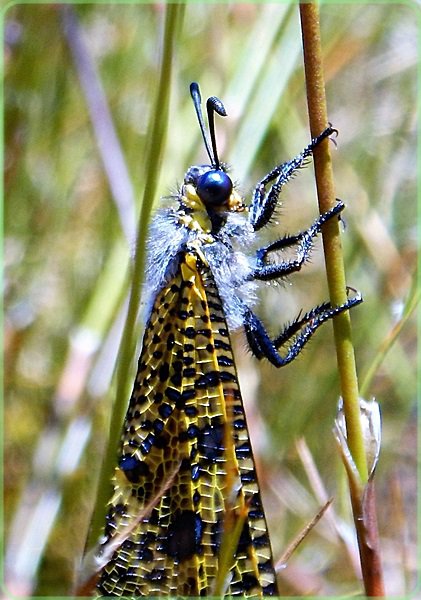 For a perpetual novice like myself it's mainly the WOW-factor when I come across an insect. Just finding the names of these creatures can take a while. That's if they even have a name.

So taxonomy be damned. Here's a biophile's cyber-sample of some invertebrates spotted while tramping the hills around the Cape.

Their colouring and design have evolved to influence whatever passes as an insect's mind. This is to attract other insects, and repel predators, including non-insect.

As efficiently as this has worked in the past as species diversifier and reproducer, recent news is of insect populations plummeting to alarming levels, South Africa included. Will historians write back on the end times by starting, 'The insects were the first to go.'

Will there be history?

Or a post-human blankness, with nature sprouting and creeping and clawing its way back to brilliance without us. 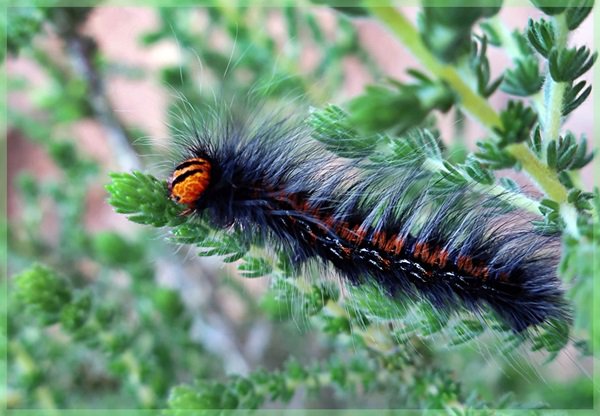 As for this orange faced and hirsute individual - I have searched as long as a layman can be expected to find out a name, or what its business on the planet might be. Perhaps it was specially bred to be used as the natural fiber in making Leonid Brezhnev's false eyebrows? 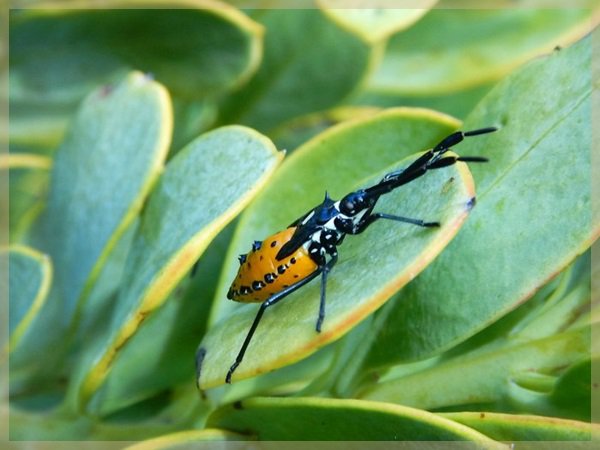 You’ll often hear a buzzing round a bush, or something will flutter by. Scratch around the ground or under rocks, or look on leaves and in buds, and you will find them munching, grinding, trapping, rolling egg-laden poop, nesting, hunting, mulching, or just socialising. 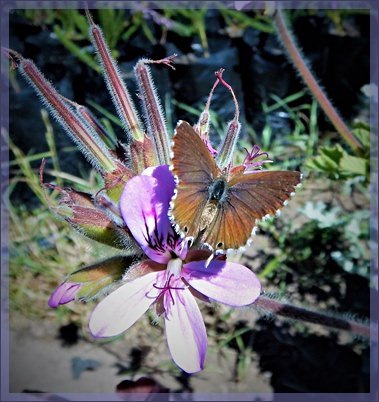 Butterflies play a key role as pollinators in the Cape, but there are relatively few species on Table Mountain. And its unlikely you'd see the type of butterfly above (the sand dew widow?) high on the mountain. Rather on the coast. 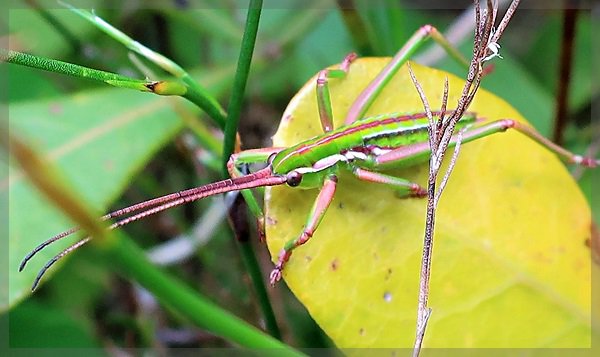 Perhaps it's the Cape wind that has led to there being more ants and beetles than insects with delicate wings. Or if you do travel airborne, short sharp hops are more effective. 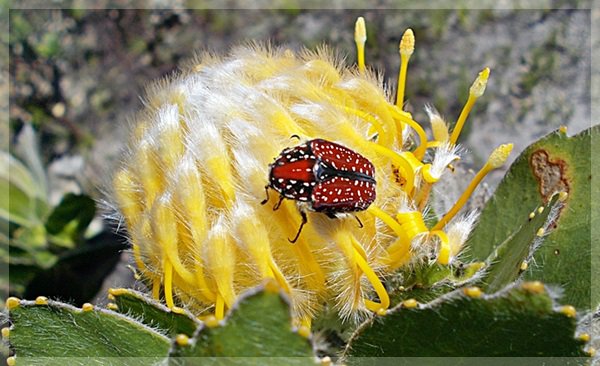 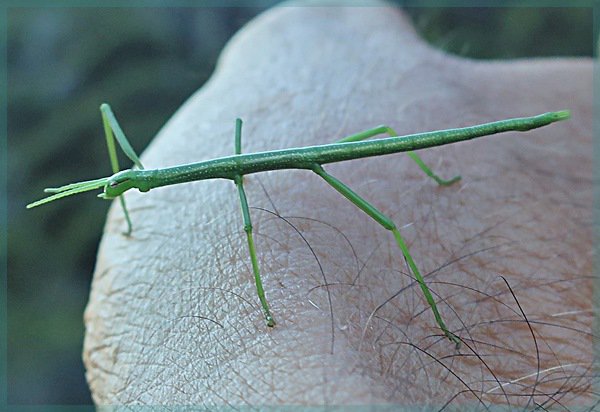 Up on Diagonal Traverse this skinny fellow traveler landed on my hand and stuck around. It was missing a leg. But that's not the reason for its immobility. It was being true to type. Stick insects are not big movers, seldom leaving or moving around whatever plant they are on

Their immobility is part of the shapely subterfuge they have evolved to protect against enemies like ants, lizards and frogs. This lack of dynamic would, you'd think, limit chances of finding a mate. But then apparently females don't need a mate to reproduce. They may do so through a process called parthenogenesis.

Reproducing in this mode means that eggs take longer to hatch, and only female baby sticklets are born. One study noticed this to have occurred over twenty generations before a male baby emerged.

However parthenogenesis in Macinia Labiata (which looks to me to be what this insect is) may not be a thing.

Get your lust-dust from the Blistering Cape Mountain Rifle Beetle 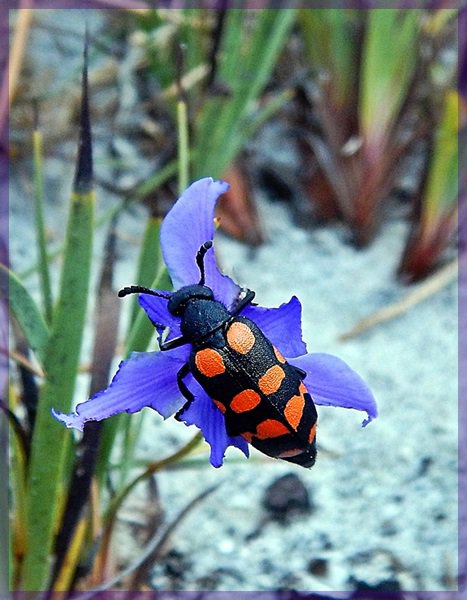 Descriptions of how the substance obtained from Blister Beetles is used left me thinking: Don't fuck with this ... Or perhaps, do?

It's toxic to vertebrates. (Vets deal with it most often.) On the other hand, historical markers suggest it's been taken as an aphrodisiac - by indigenous southern Africans through to a Roman empress.

The chemical is called Cantharidin. It's found in various Blister Beetle species around the world, and turned into a substance called Spanish Fly. It was the Marquis de Sade's drug of choice during one unclothed frisson that left two women seriously ill. He was sentenced to death for it - for the crimes against the human victims, that is.

The manhandled, crushed or munched beetle hands out its own penalties - from nasty blisters to internal hemorrhaging.

As with many google searches of insects the results are quite vague. This specimen pictured above may not even be a true blister beetle. Because their markings are classic danger colors in nature they are widely mimicked by other

insects - and by human soldiers. 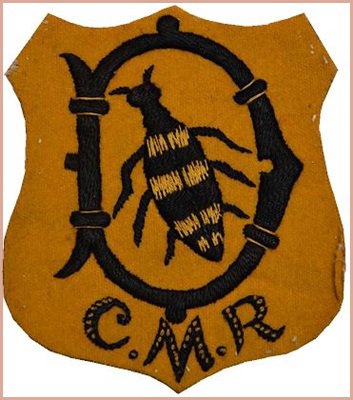 Another name it goes by is the CMR Beetle. The Cape Mounted Riflemen were a militia group in colonial times who wore a yellow & black uniform. But a google of 'CMR Beetle' throws up these orange & black guys too.

They are reportedly a farm pest.

Among its medicinal uses it's been used to treat warts. However I have not found other positive reciprocity reports, yet - apart from further diversifying the sexual kinks of humans. Anything to perpetuate the species, I guess.

However, anyone who conceives while blissed out on Spanish Fly made from Cantharadin may develop complications. The toxin weakens human tissue. Just what the pregnant don't need. 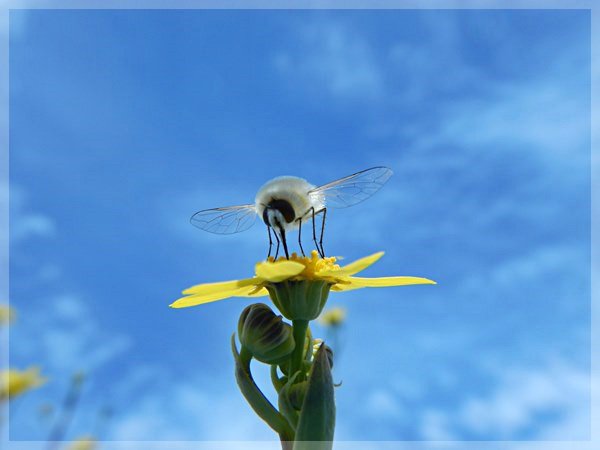 There are about 5000 species of bee flies worldwide. Nectar and pollen from flowers are their food and they help pollinate the plants they visit.

To avoid being eaten by predators they have adopted a resemblance to bees. (It worked on me - it was in bee lists that I wasted some time trying to identify this one.) 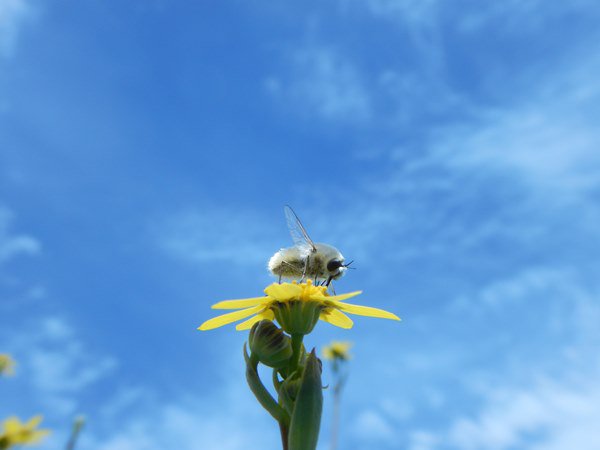 They are commonly found in their highest diversities in semi-arid and arid environments, apparently. This one pictured in the Houw Hoek Nature Reserve, is the first I've seen.

How else it fits into the greater ecological scheme, I'd be happy to know.

Spotted in the aftermath of a Table Mountain fire. 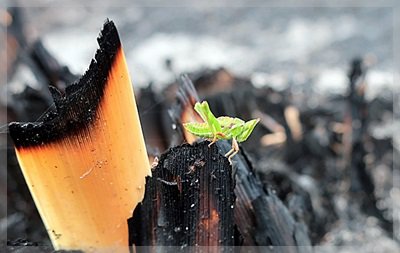 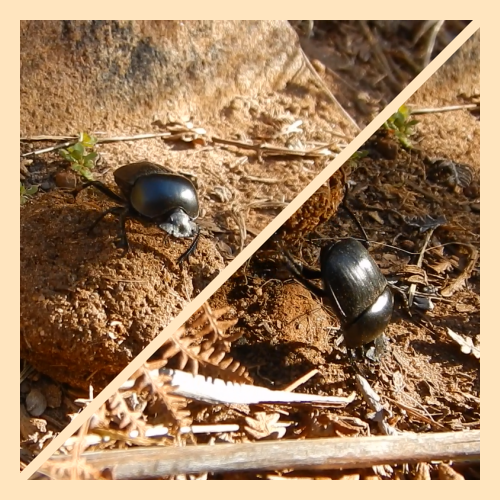